Chance The Rapper, Childish Gambino, Kesha, Solange and Spotify were among the 2019 Webby Award Winners alongside Steph Curry, Ellen DeGeneres, The Walking Dead, Trevor Noah and more. Three million votes were cast in more than 240 countries to choose the Winners of the Webby People’s Voice Awards.

Hosted by actress and comedian Jenny Slate, The Webby Awards’ star-studded ceremony will take place in New York City on Monday, May 13, and will celebrate the best work on the Internet. 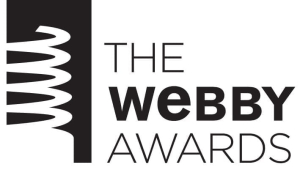 Winners of multiple Webby Awards this year include:

The Webby Awards will take place on Monday, May 13, 2019, at Cipriani Wall Street. Fans can follow the action and watch show highlights, special moments, and hallmark 5-Word Speeches from the night’s big Winners at #Webbys on Instagram, Twitter, and Facebook.