UPDATED: Spotify's monthly active users grew 26% over the last year to 217 million at the end of 2018, the streamer reported on Monday. Now in 79 countries, a February launch in India added 2 million to its global total. Overall, Spotify posted a smaller first-quarter loss of $158 million vs $189 million for the same period last year. 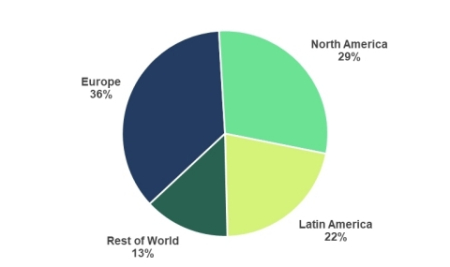 Premium Subscribers grew to 100 million, up 32% year on year. The growth was attributed to a "better than plan" promotion in the US and Canada and continued strong growth in Family Plan. The streamer also reported growth from the expansion of a free Google Home Mini promotion to Europe, a price reduction to the Spotify Premium + Hulu offering in the US and an expanded global partnership with Samsung. 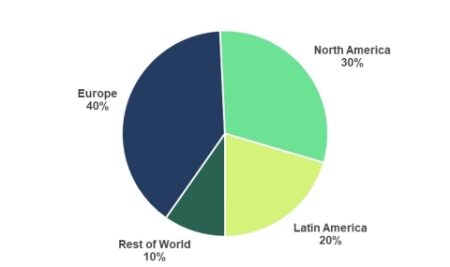 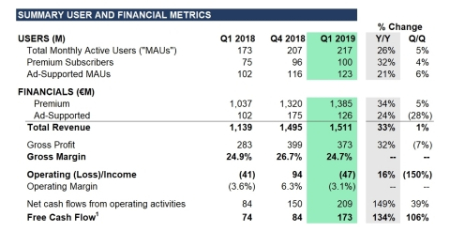 In the all important metric of average revenue per user, results were a bit less rosey, down down 2% excluding the impact from foreign exchange rates, or flat if after accounting for a currency bump. Downward pressure on ARPU has moderated, according to Spotify, who predicts that ARPU declines through the remainder of the year will be in the low single digits.

"The declines in ARPU are a result of shifts in both product and geographic mix," according to Spotify.  "Approximately 75% of the impact to ARPU is attributable to product mix changes, and the remainder a function of changes in geographic mix and other factors."

Ad-Supported revenue growth under performed expectations in Q1, particularly in the US. Even though ad supported revenue grew 24% Y/Y to $140.5, it was outpaced by growth in the number of ad-supported users.  Spotify predicts that revenue from podcasts should accelerate through 2019. helping future numbers.