The Truth Behind The 1,000 True Fan Theory

For some time, a theory has existed in the music industry that, for an artist to have a sustainable if not particularly lavish career, they must have at least 1000, 'true' fans. Here we look at the reality of the math behind this idea.

The “1,000 True Fans Theory” was proposed by Wired magazine’s “senior maverick” Kevin Kelly back in 2008 and states that all an artist needs is 1,000 true fans to maintain a fruitful, if unspectacular, career, thereby relieving the artist of the need for some of the nastier things in life as a regular job. True fans are sometimes called superfans or uberfans, depending on whose theory we’re talking about. 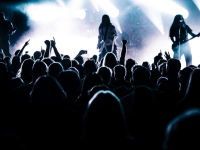 The idea is that if each of the 1,000 fans bought $100 worth of product every year (the figure equals an arbitrary full-day’s pay), you’d have an income of $100,000, which, even minus expenses, can still represent a reasonable living for most artists. The trick, of course, is how you expand your fanbase to that magic 1,000-fans number (providing that you buy the theory in the first place, of course).

Like most theories on such things, the detractors of the 1,000 True Fans theory point out several relevant issues. They are:

While the total number of true fans actually required to make the theory work (is it 300 or 1,000 or 4,000?) may be in question, the idea is that you need this hard-core group in order to sustain your career. Whatever the number that you’re lucky enough to develop, be sure to take care of and nurture them, because they truly want you to.

You can read more from The Music 4.1 Handbook and my other books on the excerpt section of bobbyowsinski.com.