Why We Need A Conscious Music Tech Revolution NOW!

In this piece, Virginie Berger champions the need for music tech companies to bring about a major disruption to the music industry, siting long-unaddressed problems and an outdated distribution of power in desperate need of a shakeup.

Guest post by Virginie Berger, the co founder of WeAreMusicTech

The context now is right for startups to innovate in music. There are companies in the music space which are beginning to turn a profit and the digital music market is maturing.

Many companies announce that they want to be encouraging the energy to drive positive change and create either VC fund or invest in music tech startups.

But, the music ecosystem NEEDS some kind of shock, some big disruption, to shake up the outdated distribution of power and privileges, and to address problems that [have] long been neglected. The conscious music-tech movement should be this shock. And more than a trend, as more and more people are taking actions, we should all be conscious. This year’s tech trends (empathy, inclusion, sustainability) prove we need to embrace responsible music tech sooner—not later.

Another reason why the conscious music tech movement is important is that the music ecosystem had been seriously lagging on improving creators situation for several decades. The rate of improvement is far too slow, and economic gaps persisted. The distribution of power was supposed to be more equalized and diversified….

Many companies were launched for helping the creators, their hopes and dreams were utopian, but their victories were incremental. There were many small revolutions, but no Revolution.

The conscious music tech  movement is creators's best hope for a fairer, better society. And despite backlashes and overreaches, it will succeed in making the music ecosystem fairer and better. But when the dust settles, it will be apparent that the change was evolutionary, not Revolutionary.

Where is the idea of democratizing music through Tech ?

Let’s take an exemple: Which publications most reliably seek creators' perspectives on issues that matter to their lives and careers? Which VCs or incubators talk to creators or involve them as mentors for i.e?  Perspectives of individuals in markets often treated as mere anecdote, whereas views of executives and tech folks treated as expert commentary. Creators can be consistently left out of conversations about their own business as these technical and policy matters are their business.

Without creators, there no music ecosystem nor DSP’s. People won’t sit and stare at the youtube.com logo!

In addition to the broken economics of streaming, the social relationships are broken as well. Before streaming, the audience had a way of relating to the artists, sometimes dysfunctional and sometimes supportive, but it was sustaining.

Now the music industry discovers that placement in streaming playlists isn't leading to fame or gigs and reduce songs to data. Streaming as a tool is fundamental. But the streaming model as it stands now is fundamentally stacked against middle-class artists and emerging artists. A solution to this is to create alternative technologies and models that provide authority and accountability.

This has implications for the conventional wisdom music biz takes about how recorded music is less important for money because musicians can make it up on the road. We've found the data doesn't support that claim, but also, what kind of lifestyle are we asking people to endure?

As said Richard Burgess from A2IM, we need to find that sweet spot, between a price that still works for the labels but that doesn’t crush the streaming services and encourage them to grow. 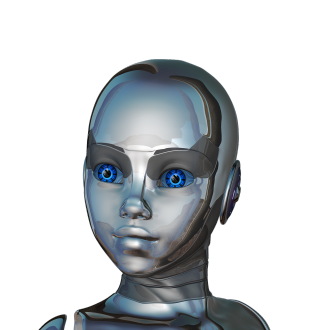 The media are also unwittingly selling us an AI fantasy…knowing that more than 40% of the companies claiming using AI don’t even have AI (MMC study based on 2 830 startups) and it is probably the same with blockchain !

Undoubtedly, and I've been through a couple of these bubbles now, "blockchain" or "AI" are like the the dotcom boom or just like cloud was 10 years ago. The hype is real in the sense that blockchain has some really interesting benefits but that itself does not solve problems. A lot of the blockchain ideas are really speculative. Probably because “Blockchain” sounds so much cooler than “slowest distributed database known to man”.

What blockchain has been useful for is to start the discussion, even if blockchain does not do all these things like creating transparency and efficiency, it has at least started a conversion about what can be done.

Clean data is one thing, the biggest challenge is for sure around data management and availability but a willingness to be more open about it was really where the future lay. What is holding the business back is getting robust data into all parts of the chain. The sector needs to look at how you treat information and get access to it. Technology will be central to this. But technology alone won’t solve all the problems…..

Big data is behind every aspect of the music industry and their deals with companies like Facebook. Facebook’s current woes will have a far reaching effect on ad-share revenue owed to the music industry. This is going to hurt.

Too often the industry was wasting time trying to work out licensing models for new entrants that were doomed to failure from the off when the energy could be better used somewhere else.The industry needs to be smarter in knowing when to license new startups that reimagine rights and music usage in new ways.

Medicine and automotive industries as ones that can share data between companies. Music could learn a lot from this spirit of collaboration and become more efficient….

There is no old model. There is no new model. There’s always been a bunch of models. Artists pick and choose the elements of different models that make sense for their unique goals, skills, resources, and communities. DIY is a lie if only because any business (here, an artist) that wishes to expand cannot be run by one. The closer truth is we are getting more tools (automation is huge if local + opportunity to make it simple) that allow control and transparency but you still need a team that knows how to interpret these things (lawyer, manager, etc). Technology won’t replace it.  We need middlemen.

Also music business education should be affordable for creators.  Look at the ecosystem impact. As a creator, when touring = income, who can afford to attend an MBA on Music Business ? Artists with support, access to resources/capital, the luxury of time, patience.

Business music education for creators should be the priority for the whole industry. Wait until Spotify makes itsself monetization and self distro public – SoundCloud won't be an outlier with this model for long!

As said deadmau5, « if you want to be a successful artist, learn entertainment law ». From conferences organisations to companies, artists should be able to be educated on their own business and attend professional events…Professionals organisations try to offer special events but it should be a special program.

We don't need more complains about technology, we need more leaders who show the human side of tech.

We need to pay more attention to intelligent tech solutions for automatic rights management, automative tools and services and education for artists as they increasingly have to be their own business.

The contours of the music ecosystem will remain intact. Some problems and injustices will remain. There will be many creators who will see this – or anything short of the utopian Revolution that they half-imagine – as a loss. But it won't be.

Virginie Berger is the co founder of WeAreMusicTech (WAMT) an international non profit organization designed to foster collaboration between innovative companies and creative people in the music ecosystem.

Virginie Berger is the former CEO of of Armonia Online, the first pan-European licensing hub for online music co-founded by 9 European rights organisation. It covers 131 territories and represents 500 000 authors, composers and publishers.

Berger is also the founder of DBTH, a consultancy firm for technology and media businesses, specialising in strategy, marketing and business development and Don’t believe the Hype, a media specialized in content-tech.

Before setting up DBTH in 2011, Virginie worked for Microsoft, NRJ and Myspace, which she joined as marketing and content director as it first became established in Europe. She is the author of a book about digital marketing and monetisation of music online: “Music and Digital Strategies” and more than 500 articles on the topic.