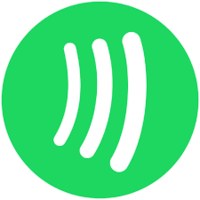 Nile Rogers, Frank Dukes, Teddy Geiger and Babyface Edwards were among the dozens Spotify Genius Award nominated songwriters who signed an open letter to Spotify CEO Daniel Ek over the streamer’s decision to challenge a US Copyright Royalty Board ruling that guaranteed songwriters a 44% increase in streaming royalties.

Google, Pandora and Amazon all co-signed the CRB challenge, though Apple notably did not.

But the songwriter’s chose to single out Spotify, in large part because of the Secret Genius award and the streamer’s aggressive outreach to the songwriting community.

“Now, we can see the real reason for your songwriter outreach. You have used us and tried to divide us but we stand together,” the songwriters said in the open letter.

“Our fight is for all songwriters: those struggling to build their career, those in the middle class and those few who have reached your Secret Genius level. But none of us are ‘secret!’ WE all create the ONE thing you sell… songs,” the letter continued.

“Do the right thing and drop your appeal of the Copyright Royalty Board rate determination,” the concludes the letter from the self-proclaimed “Not So Secret Geniuses.”