As news that PledgeMusic was declaring the UK equivalent of bankruptcy, reaction was swift and almost universally negative. Many blamed PledgeMusic's management and board of directors.  "I honestly don't know how they sleep at night," said veteran music marketer Jay Gilbert.

"Where was the board?" asked music industry attorney Chris Castle. "These people deserve to be called out and exposed…and sued…by all of us affected" wrote indie artists Jemal Wade Hines of the band HuDost.

"I am gutted that so many artists are left unpaid and now footing the bill for things paid for by their own fans.," said Jay Coyle of Music Geek services, who had developed a specialty in running successful PledgeMusic campaigns. "I am not gutted that deception and dishonesty was more important to the company leaders and board's goals."

"The worst part is it breaks the trust that fans have with their favorite artists and musicians work very hard to create those bonds," said Ariel Hyat of Cybr PR. "Sadly it will make many hesitate before supporting other crowdfunding campaigns."

Hypebot reached out to music industry insiders and artists who have been affect by the bankruptcy for their reaction. 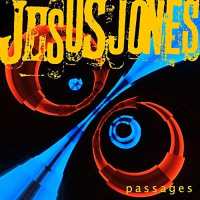 "Ever since they promised that we'd be repaid what they stole, within 90 days, I knew they were lying. Not only that, but I suddenly realized I'd been lied to in the past, as well. This was never going to end up in anything other than disaster – and it's high time it was exposed for the crime it was. And I don't want to downplay that word, either: it's time that people were made to face the legal consequences of the fraud they perpetrated.
It's not just artists – it's our fans, it's a huge amount of suppliers,and firms, within an extended network. This network has been built by the hard work of so many, and it was illegally destroyed by the criminal actions of a few members of the Pledge board.
As artists, It's now time we demand action from the industry bodies who support us. It's time for them to forcefully pursue Pledge, to ensure that criminal actions can not go unpunished, and that those responsible for malicious, damaging, and heartless fraud on a massive scale are never allowed to do it again."
Jemal Wade Hines – HuDost
"This has been a painful process and we really aren’t sure what to do at this point. Pledge owes us over $8k and we’re probably never going to see it. Thankfully our album is out but that doesn’t mean all of the bills of been paid for and various aspects, including PR, has suffered because of it but we were not going to let it stop us from getting the music out to our fans. Benji has been extremely helpful to the process and keeping us updated. No one from Pledge directly has ever responded since this all went down. During the campaign itself, we were treated awfully and rudely and lied to about many things.
From what I hear, they lost/spent millions of dollars and were warned over a year ago to halt campaigns and get things in order but they didn’t listen or care it seems.
Many artists are already talking about a class action lawsuit. Obviously we cannot sue the company because it no longer exists, but there are individuals involved who are indeed crooks who spent and stole our money. These people deserve to be called out and exposed…and sued…by all of us affected. We not only deserve the money owed to us but with interest and the 15% they take off the top of it.  Here’s a list of the main folks involved."
Charlie Faye – Charlie Faye & The Fayettes
"This announcement only confirms what we already feared – that Pledgemusic is going under, and all the artists who are owed money will never be paid.
When Pledge wouldn't give me the money I was owed six months ago, I still had to order CDs and vinyl, prepare for the record release, and pay hundreds of dollars in shipping to get the rewards items promised through Pledge out to my fans. So I put everything on a credit card… and unfortunately I’m still sitting on that debt, trying to catch up.
I know I'm not the only one, either. I've talked to other artists who are owed huge sums of money, whose lives and livelihoods will be majorly affected by this bankruptcy. For anyone who was still holding out hope that Pledge would shape up and pay up, this seems to be the nail in the coffin." 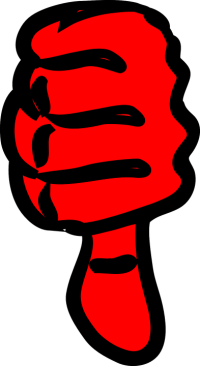 Industry Reaction
Dave Cool – Director of Artist and Industry Outreach at Bandzoogle
“The situation with PledgeMusic is incredibly sad, mostly for the musicians and their fans. One can only hope that the money raised by artists is somehow recovered, at least partially, to help  offset the costs that many of them no doubt incurred running their campaigns. And this yet is another reminder that as an industry, we need to do much better by the musicians we’re trying to help.”
Michael Brandvold - Michael Brandvold Marketing
What PledgeMusic had was incredible. I have had clients in the past that used it to great success and I have used them countless times as a fan. But, my client Big John Harte, former Head of Security for KISS and Iron Maiden, just recently funded his Pledge campaign to finance his upcoming autobiography and right now is left out in the cold just as his campaign reached maturity. The total lack of communication from Pledge this year has been disheartening to say the least.
Big John Harte and so many other artists are right now left wondering what do they do.
Ariel Hyatt – Cybr PR and author of Crowdstart, The Ultimate Guide to a Powerful and Profitable Crowdfunding Campaign
This is obviously a huge blow to artists who relied on Pledge Music for not only income but also a connection to their fans that the other crowdfunding sites are unable to provide. Pledge is special because it was designed for musicians by a fellow musician. My heart hurts for all artists who worked hard to raise the money and who will probably never see it.  The worst part is it breaks the trust that fans have with their favorite artists and musicians work very hard to create those bonds. Sadly it will make many hesitate before supporting other crowdfunding campaigns.
Christian Castle – Music Tech Policy
“There’s really only one question in these situations:  Where was the board?"
Jay Gilbert – Jay Gilbert Consulting
My client Roger Joseph Manning Jr. (Beck, Jellyfish, Imperial Drag) not only entered into a comprehensive campaign with Pledgemusic in good faith, but he also went on the record in the press [Variety] about the success of the partnership, encouraging others to use the platform:

“PledgeMusic has been nothing short of amazing for me. They have proven to be the perfect forum to coalesce my pockets of fans worldwide, alert them to all of the ways they can participate in the creation of my new musical offerings, and establish regular communication and exchange for future projects in the years to come. It is exactly the the type of model I’ve been waiting for to move upward and onward for an artist of my current notoriety. I can establish regular, mass communication directly with my fan base and have them literally guide and inspire me as to what they would enjoy hearing from me next. Bypassing the traditional modes of music commerce has allowed artist and fan to cut to the chase and get to the musical heart of the matter…on OUR terms.”

After this incredible testimonial, they went completely went dark on Roger; they have yet to reply about the $30,000 they owe him. I honestly don’t know how they sleep at night.
Jay Coyle – Music Geek Services
In a word? I am gutted.
Of course, I am gutted that so many artists are left unpaid and now footing the bill for things paid for by their own fans. I am not gutted that a company that had millions in investment funds folded. I am not gutted that deception and dishonesty was more important to the company leaders and board's goals. But I am gutted that so much goodwill has been destroyed and so much love from the fans has been wasted.
I am gutted! Gutted that such a powerful tool of the "direct-to-fan" movement failed to return the goodwill and love back to the bands who help build the business. I am gutted for the hard work and smart minds in Benji, Malcolm and Jayce that originally built the ideas and tools behind PledgeMusic were wasted. I am gutted that a tool I so loved to use for my artist clients has disappeared.
Over the last 6 years, I have launched and managed over three dozen campaigns on the platform and it simply was a powerhouse to build direct-to-fan sales and engagement. And now, I am gutted that a great tool that allowed many of my artists to run their own business in a way that super-served the fans is now completely gone.
I still believe in the power of the fans and the importance of direct-to-fan strategies but the death of PledgeMusic sure kills a lot of joy in the business and overall lives of so many affected artists and fans. At a time when streaming is all the rage, PledgeMusic offered so much more – content, context and engagement- for the fans outside the streams while offering financial and emotional currency for the artists.
Bruce Houghton on 05/09/2019 in D.I.Y. | Permalink | Comments (2)
Tags: bankrupt, DIY, DIY musicians, indie, music, music business, music industry, music tech, musician, musicians, PledgeMusic. crowdfunding
Share on: