In what looks like a move that could possibly be changing things for the better, Facebook is once again tailoring its video algorithm, giving preference to videos containing longer runtimes and more repeat viewers, while penalizing so called 'content mills.'

In a move that’s probably better for everyone but a select few, Facebook is tweaking its algorithm when it comes to videos. The move penalizes subscribers that use repurposed content and rewards video producers whose videos have both repeat viewers and longer watch times.

There are 3 factors that will now determine how videos will be distributed across the platform, including user’s feeds, according to Facebook – loyalty and viewing intent, video length and viewing duration, and originality. 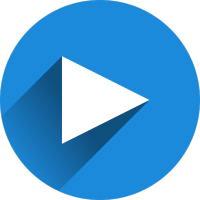 “Loyalty and viewing intent” means people who return to view content on a weekly basis. Video watch length rewards the video when users view it for at least 60 seconds, but gives more weight to those videos where the watch time is greater than 3 minutes. Original content is the platforms attempt to reward creators that post new videos as opposed to those that just repost viral videos from another source.

Yet another factor in a video’s ranking is engagement, meaning if a video sparks comments or shares.

What’s more, Facebook announced that certain types of videos will no longer be eligible for monetization. These include repurposed clips, videos comprising static images, minimal movement, or content that contains only loops.

Facebook is also trying to eliminate sharing schemes, where “Online “content mills” produce large amounts of website content commonly focused on superficial lifestyle topics intended to drive comments, shares, and ultimately, clicks.” These content mills compensate other Page owners for posting content and running ads to promote it. I don’t think anyone will miss that if it goes away.

All this is outlined in a new Facebook video Best Practices guideline, which can be accessed here.

You have to hand it to Facebook. For all the questions about privacy concerns and data harvesting, the platform does try to improve on a regular basis and it responds when the community spots a problem. It’s usually happens that smaller creators get penalized for what the major offenders do, but in this case, it looks like it will all be for the better when it comes to video.