Proper placement in a show has long played a major role in boosting a song's profile, as recently evidenced by the Apple-owned music identification app Shazam, which busted through its previous record after the song "Jenny of Oldstones" was played over the credits of Game Of Thrones' most recent episode.

When Apple acquired Shazam last year for a reported $400 million, it was using the song identifying platform as a way to push new users to its streaming service. It probably didn’t realize at the time that a cable show would be the catalyst for the the highest number of inquiries about a song ever.

A song by Florence + The Machine used on a Game Of Thrones episode, “A Knight of the Seven Kingdoms,” received the most “Shazams” ever at 300,000 during a 24 hour period. The song “Jenny of Oldstones” which played over the final credits smashed the previous record of 200,000 inquiries of Adele’s “Hello” in 2015.

There’s a big difference here though. “Hello” was a brand new single that was receiving a big marketing push at the time. “Jenny of Oldstones” is essentially an album cut with no media support.

The official lyric video of the song has now passed more than 11 million views on YouTube. While this isn’t a huge number in the grand scheme of things, it does go to show how valuable the placement in a popular television show can be when it comes to popularity of a song. 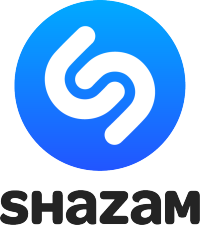 As for Shazam, may had predicted its demise after Apple bought it. While the company did eliminate the advertising on the platform, nothing else has changed since.

Shazam is yet another platform that an artist should have a presence on by becoming verified. The number of users on the platform has never been verified though, but it must be substantial for Apple to be interested, and the fact that it can still break usage records speaks volumes.

It will be interesting to see if similar results can be duplicated by other television shows in the future, given how anticipated the final episodes of Game Of Thrones were with its fanatical audience.