How To Compose A Great, Attention Grabbing Press Release

Even if you have all your ducks in a row when it comes to your social media presence and your website, press releases can often end up taking a back seat when it comes promoting your latest release. A solid, attention-grabbing press release is critical to a successful release strategy, however, as Angela Mastrogiacomo here explains.

Guest post by Angela Mastrogiacomo from the TuneCore blog

Odds are you know about the importance of a well engaged social media presence, a set of killer hi-res photos, and a captivating bio that tells the story of who you are and what it is you’re all about.

But what about press releases?

It can be easy for these guys to fall by the wayside as you prepare for your next big release. And while the truth is a successful career takes a lot of attention to a variety of moving parts, press releases are one of the cornerstones of any successful release strategy.

But writing one that’s as attention grabbing as you need it to be? That can be tricky—but we’ve got you covered.

MAKE SURE IT’S THE RIGHT TIME

Part of the problem is often that it’s simply not the right time. Not every single thing requires a press release. In general, you’ll only really need them for big announcements like a new single/video/album coming out or a lengthy tour. Those are the kind of big ticket items you want to draw attention to.

Write your press release as if you’re telling a story. Because in a way, you are. It’s the story of you.

To make it compelling, you want to capture your audience and give them strong imagery to hold onto, so crafting something that’s full of descriptions, creative language and sentences that flow together is really important. If you just stick to posting cold facts and nothing else, people aren’t going to care.

Think of it as a feature article that someone is writing about you or your band, and write it in the third person, objectively, (or hire someone to do it for you). Nailing this part is important, so take your time.

GIVE THE AUDIENCE A TASTE OF WHO YOU ARE

There’s no right way to format a press release, but one thing you want to be sure of is that you’re giving them a clear taste of who you are.

Just like with your bio, this is an opportunity to connect with people in a new way, and begin to build those bonds that will serve you throughout your career. You aren’t simply shoving facts at them and hoping they latch on—you’re trying to connect on a deeper level.

So although you don’t want your press release to be a list of just facts with no connection value, you doneed to sprinkle in those facts. This means including: 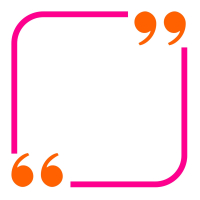 Personally, I’m a big fan of including a quote within a press release, usually after the intro paragraph or so. It’s such a great way to inject a bit of your personality and add a human element.

Again, try to tell a story with your quote, and appeal to people’s emotions. You may find it very interesting what tech and equipment you used, and I’m sure a few other people will too, but you’re going to get a much stronger emotional reaction if your quote pulls from a relatable anecdote during the writing/recording process or talks about the blood, sweat, and tears you put into this.

Remember, you’re trying to connect with people. Usually, we do that through shared fears/passions/experiences.

There’s no right way to outline a press release, the key is just to make sure you have all the ingredients.

That said, I’m the kind of person that learns best from someone showing me an example, so that’s what I’m going to do for you.

Before you write anything, you want to be sure you have a hi-res photo and photo credit up top.

First Paragraph: This is where you introduce who you are, where you’re from, and what the point of the press release is. IE: Today New York pop-punkers Fish Sticks announce their new EP, Into the Sea, to be released on May 15th. Then you’d include a bit more on the EP—where it was recorded, special guests, etc.

Second paragraph: Wrap it up. List any final information like major festivals you’ve played or accomplishments you’ve had, along with a reminder of when/where the EP is out.

Third paragraph: This is where a paragraph long version of your bio might go, under the bolded heading of “about.” Then, you’d include tour dates. Social media should follow below.

HOW TO GET THE WORD OUT

Now that you’ve written an incredible release, how do you actually get it out there?!

Well, there are a few ways. The first thing to know is that there’s going to be a lot of personal one-on-one pitching with any DIY PR campaign, and that is especially true for indie artists. Having a press release that you can attach to a personal pitch is almost certainly going to be the most valuable way to spread the word, because you’re able to use the relationships you have, and build the ones you don’t, rather than just blasting out your press release to the masses and hoping someone stumbles across it and cares. (they won’t)

That said, if you’ve built up a bit of name recognition, you can try a couple less time intensive ways. The best way to do this would be through your own mailing list. (If you don’t have one of those already, it’s time to get on it.)

There are also places you can upload your release like PR Daily, but in my experience, those personal connections you get with the one on one pitches and your own newsletter tend to be best.