Music subscriptions are going a great job of monetising music consumption, says MIDiA analyst Mark Mulligan, but the next phase is monetise music fandom. "In short," he says, "streaming needs to figure out how to bring heart and soul back to music.

Streaming music is approaching a decision point. Right now, music subscriptions are doing a fantastic job of monetising consumption, but next we need to learn how to monetise fandom. Global streaming revenues were up 30% in 2018 to reach $19.5 billion in retail values. Streaming’s current focus, in the west at least, is utilitarian – it focuses on getting tracks onto our devices and connecting us with music we will listen to, if not necessarily love. Many years ago there was a theory that music was going to be become like water. This was seen as a transformational aspiration, but now that we have that future the sheen has come off. Now, much as we may depend on the water that comes out of our taps, we do not attribute emotional value to it, we do not identify ourselves by it, we do not have conversations around it; water is a utility. Streaming has commodified music in the same way. Monetising consumption was a perfectly sensible ‘play it safe’ strategy to turn around the global recorded music business, but now the next streaming paradigm is needed, and TikTok might just have started the ball rolling.

Streaming needs to bring back the heart and soul to music

Music does something very special in a way that most other forms of media cannot. It represents us. It reflects how we feel and who we are, especially when we are young. Music is the soundtrack to our formative years, helping shape and identify who we, creating treasured shared moments and effectively sound-tracking our lives. In the old days of recorded music, from the 1950s right through to the 1990s, music was the central cultural identifier for youth, to the extent that you could tell what music people liked by the way they looked. Teenage bedrooms would be full of records, tapes or CDs that immediately told the musical story of that person. When someone said ‘Yes I like that band, I’ve got their album’, it was a statement of fandom: that person liked the band so music they had spent money to buy the record. Fast forward to now, and so many of the tools for cultural identification have been stripped away. The shelves of albums are replaced with ever-changing personal and curated playlists (i.e. a snapshot of ‘how I’m feeling now’ rather than ‘this is who I am’). Saying ‘yes, I’ve streamed that artist’ means little; anyone can access a stream, and there’s no financial commitment from the listener. Even ‘I follow that artist’ is becoming less useful, as following is simply becoming an over-abundant sorting tool for listeners. In short, streaming needs to figure out how to bring heart and soul back to music.

There are two fundamental ways to fix the problem:

The first is all about discovery: yes, that much referenced but rarely actually delivered concept. Streaming is all about discovery, right? 50 million tracks, new music playlists everywhere you swipe. But it turns out that there is a very big difference between hearing new music and discovering new music. Little wonder then that even among streaming users, streaming is only the fourth most effective way of discovering music (even hearing songs on TV shows rates higher). Radio may be haemorrhaging listeners but it still does discovery best, thanks to DJs calling out track names, recurrent tracks to familiarise audiences, artist features etc.  This is not to say that streaming should simply mimic radio, though that might be part of the answer, but instead to think how it can layer context and meaning around music.

The second element is fandom. As I have written about before, Chinese service providers, Tencent in particular, have done a great job of building experiences around music rather than building pure music experiences. Tencent’s services, especially We Sing, make available tools like tipping, virtual gifts and badges to let its users express themselves via music. It does virtually what CDs and posters on teenager’s bedroom walls used to do. Right now, teenagers in the west only really have Instagram, Snapchat and Fortnite to do that with. YouTube and Soundcloud are the closest we have to fandom-powered music services due to features such as comments, likes, lyric videos etc. It is no coincidence that teens heavily over index for all of these activities (clients, check out MIDiA’s awesome consumer data portal for more on this).

It is time for audio streaming services to start following the lead of YouTube, Soundcloud and Tencent, and even to start embracing some of the off-platform apps that are trying to fix the problem themselves. Of course, they are going to need some support from rightsholders to make this happen.

This topic will be discussed in further detail at MIDiA’s upcoming seminar on July 17th: "Monetising Fandom in a Fragmented Content Landscape.” 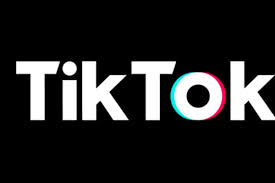 Why TikTok may be the market catalyst

Enter TikTok, whose parent company ByteDance is reported to be prepping a streaming service. TikTok has more than 30% penetration among 16-19s and is the heir apparent to Musically, which Byte Dance acquired before then shuttering. TikTok lets its users express themselves with music as the soundtrack and has the power to turn obscure tracks into viral megahits. Let’s work on the assumption that ByteDance leverages its TikTok assets and doesn’t get browbeaten by rightsholders into launching a Spotify clone (the fact it has focused so far on non-western labels like T-Series suggests it is looking to break the licensing mould). The combination of a fandom-focused streaming service that also looks like it will be targeted at emerging markets could spur the next stage of streaming growth. So far only Tencent has successfully monetised fandom at scale. Now ByteDance looks set to follow suit. Western streaming services can either watch from the side lines or start working with rightsholders to bring heart and soul back to music. The future is monetising fandom.