The music industry needs to redefine the meaning of success as part of an overdue effort to protect the mental health of creators, says Record Union CEO Johan Svanberg. A new survey of independent musicians showed that 73% struggled with stress, anxiety and/or depression in relation to their career. Among those 18-25 the number rose to 80%. 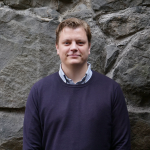 The music industry has traditionally defined success on commercial grounds. To be deemed successful, artists must sell. It has always been money first. Magazines, websites and blogs are also contributing to emphasize and reproduce what is – for many artists – unreachable, and perhaps sometimes even undesirable, view of success.

Fear of failure, financial instability, loneliness and the pressure to succeed are some of the daily struggles music makers most certainly will face when trying to chase the music industry’s standard of success. But who sets the premise for what “success” is, and what makes us think there is a ‘one size fits all’ definition?

It is clear from the survey results that there is still a taboo around mental illness in the industry and that many independent music makers suffer from loneliness and destructive behavior. The latter one is to a large extent kept alive by the music industry itself by romanticizing alcohol and drugs and promoting the image of the tormented creative genius – something that is most often perceived to be celebrated from both the industry and the fans alike.

The fact that mental illness is a big problem in the music industry is hardly a surprise to most people. It has been raised before and we have seen different initiatives and talks on this topic. Artists such as Lady Gaga and Demi Lovato have encouraged us, several times, to break the stigma. But in order to do this, we need to see more action.

So, what should be done?

To create a healthier music climate, we believe that the view of success needs to be redefined to an individual standard and that the industry, as well as the artists themselves, start to think about mental health as part of the success.

In a world so focused on sustainability, it is disappointing to witness how the music industry just goes on and on, repeating the same old preventable mistakes. The big labels would be nowhere without the creativity of its music makers, but still there seem to be a social taboo for music makers to talk about their wellbeing when it should very much be in the interest of the industry as a whole.

It is time to put the state of our artists’ mental health on the agenda, before streams and commercial success. We as an industry must wake up and ask ourselves: What is our responsibility in all this and what can we do to create a healthier music climate?

Record Union has been part of the industry for more than a decade by providing digital music distribution. Our aim has always been to make the music industry more democratic, accessible and transparent for the many, not the few, by breaking down different barriers. Right now, we see mental illness among music makers as one of the most critical challenges that needs to defect, and it can’t be done without decisive action.

To take action, Record Union is donating $30 000 to enable projects that aims to prevent or treat mental illness among music makers in our new initiative the73percent.com. Entrepreneurs and artists can share their projects on this temporary site where the criteria are that the projects have a clear connection to mental health and the music industry.

We know that mental illness within the music industry is not something new. We also know that our donation of $30 000 will not solve the problem. This initiative should therefore be seen as a start and a platform for us to work with the topic of mental health over time.

It is time to stop talking and to start doing. The question of success in the music industry and mental illness among music makers need to be put and kept on the agenda, not sporadically raised every time we lose friends, idols and colleagues. Action speaks louder than ‘thoughts and prayers’. Every journey starts with a small step and for us, this initiative is critical if we should be able to reach a healthy music climate going forward.