PledgeMusic.com Limited is in pre-administration, the UK version of a pre-bankruptcy, sale or reorganization, sources tell Hypebot. But as we previously reported, there is also still an active potential buyer. A confidential email leaked by DMN, which purports to offers potential buyers a look at PledgeMusic's assets and financials, only tells a small part of the story.

In early February, PledgeMusic suspended all crowdfunding campaigns on the platform, promising to "resume them shortly." The company has largely gone silent since.

UK based corporate advisory FRP has been named to contact potential buyers and value the company's assets in pre-administration; while in parallel, the interested buyer finishes due diligence.

If no buyer steps forward within the week, PledgeMusic will likely enter Administration with FRP as the proposed administrator.

The process is designed to determine the maximum value of PledgeMusic's remaining assets, the sale of which would be used to pay artists, merchant bank Sword, Rowe & Company and other creditors. Last week, PledgeMusic subsidiary Noisetrade was sold to Paste Media for an undisclosed sum. 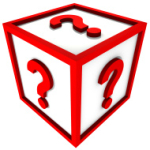 What's Next For Artists?

PledgeMusic's shutdown has effected hundreds of musicians who are owed an estimated of $1 million to $3 million collected from fans in exchange for music and merchandise that many of the the artists feel obligated to somehow pay for and deliver.

Pre-administration suggests that whoever acquires PledgeMusic or its assets is likely to do so free of all debts and obligations. That means that any funds collected from the sale will be divided between all creditors, with some receiving preferred status. How much money will go to pay off artists is dependent on how much a buyer is willing to pay for what's left of the once hugely popular platform.