Jumpstarting a career in the music business is a challenging feat, requiring a massive amount of time and energy for something that could ultimately fall flat. Failure at this early stage can often be the result of a lack of industry experience – luckily we have some tips for avoiding the pitfalls that trip up many beginners.

[Editors Note:The following is an installment in our series of a partnership between TuneCore and students at Curb College of Entertainment & Music Business at Belmont University. In an attempt to offer new insight and educational content for independent artists, we’re excited to give these music industry professionals of the future a journalistic platform. This piece speaks to the process of self-releasing and generating buzz when first starting out your music career!]

Pursuing music is a full-time job, and requires all of one’s passion and energy to be funneled into a project that might simply fall flat. One of the biggest issues in starting an indie career is a lack of industry experience.  So music business students at Belmont University have compiled their tips and knowledge into this article to help indie artists on how to best succeed when releasing music for the first time.

Prior to releasing any music, an artist needs to take a quick inventory of their social media channels. The primary objective here is to make sure fans are engaging with pre-released content and that the your content coincides with an upcoming project. Releasing music without an engaged audience often results in minimal success and wasted resources.

If follower engagement is poor, then a new and more aggressive marketing campaign may be necessary. Consider giveaways related to pre-released music or merchandise if available. Figure out current social media trends and formulate content according to what is relevant.

Once engagement begins to rise, prepare your followers for the release by centering posts around a release announcement. Continue to generate buzz by counting down the days until the release in unique ways, perhaps pre-releasing snippets of the song or album, encouraging fans to share it with their followers. Try talking about the coming release in a thirty to sixty second short video or show clips from the studio to make it more personal. Generate hype around your music. Encourage people to talk and post about it.

Up until the day of the release, continue to promote across all social media sites as different age groups use different apps.  Be certain that you are appealing to the masses by consistently promoting across all of them, and make sure that you are not posting the same exact content on each site. If you do use the same picture to promote your release then make sure to change something about it, even if it is simply the caption.

Once the day of the release has come, make sure to continue to promote as well as consider posting an Instagram or Facebook Live video during the first minutes that the song or album has been released. This will increase engagement and get fans excited for what’s to come.

BOOKING SHOWS AS AN INDEPENDENT ARTIST

Booking shows as a new artist can be daunting, but it is doable. Not only that, it is essential. Yes, there are a lot of artists and bands out there but there are also many venues, artists, and promoters looking to fill slots. Start building connections with them any way you can.  Go to the shows, learn their names, and build out your network. Utilize these relationships to find spaces you think you could fit on a bill.

Single, EP or album release shows are a fantastic way to spread the news of your music and they come with multiple opportunities to meet new listeners, make connections, and sell merchandise.  Invite other artists from around town or even small touring acts as openers and headliners with the hopes that they can bring a fresher audience to your performance.

Organizing and promoting your own shows is a fantastic way to get live music experience. Reach out to venues with a short bio, a list of where you have played, a link to your website and social media accounts, some unreleased or released music, and a live video to show them.  They will want to know if your music fits their environment which allows the listender to appreciate your level of live music expertise.

Directly messaging a venue or their booking agent on Instagram, Twitter or Facebook could work, too. These tactics can often get lost in the clutter, so try calling them first in order to maintain a human connection. As long as your message is short, sweet, and professional, there’s nothing wrong with broadcasting your talent. And once you’ve done some of your own shows at these venues, take advantage of the momentum by reaching out to other small venues and say that you have some experience around town.

One might say that having your single on a curated Spotify playlist can feel like having a golden ticket into the music industry. Though it does not happen for every artist, it is a highly effective way to jumpstart a budding career. Curated placement is much like winning the lottery: securing a spot requires the approval of a Spotify tastemaker. Win them over, though, and your streams can skyrocket.

To be featured on a curated playlist, a song must be unreleased and submitted for consideration at least 7 days prior to its release date. The submission process is simple: first, you will need to create a Spotify for Artists account. Once logged into your Spotify for Artists profile on a desktop, click the ‘Home’ tab and select ‘Submit a Song’ next to the song you are submitting. It is important to include as much information about the song as possible, as editors use this data to find new music. The more detailed the song description, the better your chances!

Along with Spotify’s internal lists, many independent playlisters have built followings of their own. If you’re patient and willing to put in the work then you can reach these curators as well. It is often a grind that involves finding the right playlists for your music and then their curators’ social media profiles so that you can send them messages. However, many companies exist solely as a bridge between the artist and these playlists that can generate thousands of impressions, such as SubmitHub, which allows you to match your new song to a playlist similar in genre or style. Do your research, find playlists based on your genre, and pick one with a high level of engagement and it could multiply your new track’s success. 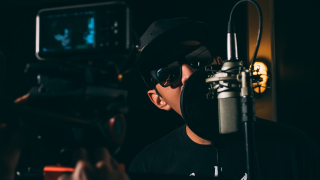 Releasing music as a new indie artist can be a challenging task, especially in finding the ‘right’ time. While it is important to keep in mind what mood or ideas you are trying to convey with your release, primarily focus on marketing strategies when choosing a release date.

The New Year is a great time to send out something fresh, especially after two months of Holiday music. Spring is usually used to test drive the sounds of the summer, and these releases can be used to predict what is to come in the following months. Summer is a fantastic time to release music; but it will most likely be the most saturated, so be prepared to face a healthy amount of competition with your release. Fall is useful when putting out more muted or earthy songs, and back-to-school helps out with word of mouth marketing. Most artists take a break from release around the Holidays, so if you have anything else to release, it may pay off to wait until January.

Before releasing new music, you must first have a detailed release strategy in place. Social media marketing and building buzz around your work can extend the life cycle of your music. As mentioned earlier, it is wise to bring some visual material to the forefront of your release.  When releasing a full album, try releasing one to three singles beforehand, depending on the length of the songs and your genre. This too will help give potential consumers a taste for your sound.