Tencent Music Requires You Pay To Stream Current Music – Will This Catch On?

In an effort to increase its profitability, Chinese streaming giant Tencent has begun experimenting with limiting the amount of current hit music which its customers can access for free. Given the mixed results windowing saw in the US however, it remains to be seen whether this trend will catch on.

Tencent Music Entertainment (TME) owns the largest digital music platforms in China in QQ Music, Kugou Music and Kuwo Music, which are all doing very well at the moment according to its latest financial statement. While Western streaming services rely on paid subscriptions, Tencent is still trying to upgrade its free customers to paid tiers and one of the ways its using with some success is limiting the amount of current hit music you can get for free.

The fact that the company has placed its hopes on the practice differs quite a lot from the experiences of Spotify, Apple Music and Tidal, all who faced a backlash from exclusives of new releases by select major artists. Albums by Beyonce, Kanye West and Chance the Rapper among others have experimented with this, and the general feeling is that exclusives of that type are counter-productive, losing marketing buzz and streaming revenue when limited to just one service even for a short period of time. Limiting new music to a premium tier, or “windowing,” rather than a certain platform is a different animal though. 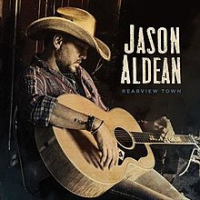 More recently country star Jason Aldean’s Review Town album was made available to Spotify’s premium tier, but the practice hasn’t been followed by another artist since (although everyone expected Taylor Swift to join in with her latest album, which didn’t happen).

One of the reasons why Western streaming services aren’t too keen on the premium window concept is the fact that competition is so fierce. A user on a free tier of Spotify could easily switch to Apple Music or Deezer or any number of other alternatives if she wasn’t getting what she wanted. It’s less of an incentive to upgrade if you can get what you want for free elsewhere.

The only way to make it work would be for a label for force every streaming network to window a release, which sounds good in theory. The only problem is that you then force users into the hands of YouTube, which you can bet will be flooded with user-generated uploads of the song or songs.

Tencent is different though. It dominates the Chinese market for one thing. It’s also just getting its free subscribers used to paying for music, so any windowing might be viewed just a business as usual instead of a shock to the streaming system. These are advantages that Western platforms don’t have.

TME revenue has experienced steady growth, and there is some speculation that it might have Spotify in its future acquisition sites. Although that could work on many levels, the fact of the matter is that the West’s streaming music business operates very differently from the East. Should windowing prove to be the success that the company hopes, that strategy may not be transferable. The markets vary too much (as Spotify is currently discovering in India).

That said, the only reason why windowing was even tried with the Aldean album was so that Sony Music could get some royalty concessions from Spotify. In the end, that might work well for the label but not so much for the artist, so don’t expect to see too much of it in the future – unless you reside in China.