Love it or hate it, a record deal is a big deal, and while it may only be words on a page, those words can ultimately make or break your career. Here we break down the ins and outs of what's in a record deal, and what red flags you need to be on the lookout for.

The almighty record deal — sought after, vilified, ever-evolving — boils down to words on a page, and those words hold weight. When signing a record deal, one clause can be the difference between picking your singles and losing your vision, amassing wealth and missing out, buying the dream car and leasing the minivan (nothing personal, minivan). Signing day is as serious as it is celebratory.

These agreements bind company and creator in legal matrimony, spelling out business specifics to fend off future he-said-she-saids. Some contracts have expiration dates. Others last forever. Almost always, they dictate a trade: multi-year copyright control for racks of cash, marketing commitments for a chunk of royalties, early investment for the final say on whether your hair should be green or blue for the next album cycle. Kidding. Sorta.

For better or worse, deals double as status symbols. An ongoing race to net the next big headline (“Artist X Signs for $99,000,000,000!”) distracts teams new and old from the underlying mechanics that impact more than money. It’s easy to gloss over hidden complexities and fragmented payouts to secure surface-level bragging rights. But big digits hardly scratch the surface of what’s inside the PDF files that lawyers go to war over, which is why we’re taking a tour of the fundamentals, right here, right now, in the second Decoded: Record Deals installment.

Pt. 1: The History of Record Deals

P.S. This is not and is not intended to be legal advice. Any and all contracts / agreements / deals etc. should be discussed with a licensed attorney.

To honor humanity’s endless push toward pure efficiency (and to protect label financial interests), many record deals start with the same foundation, which is what we’ll dissect in a second. While most of these agreements consist of the same Commercial Clauses (advances, royalty rates, term lengths, etc.), actual numbers vary wildly. The following conditions often impact why two supposedly similar artists might receive different offers.

Short and sweet synopsis below. Keep scrolling for deeper dives.

With pesky caveats sidelined and high-level perspective provided, we can now dig into the meat of the matter: the contractual language that many record deals have in common, from small-scale indies to traditional corporations to yours truly. Grab your caffeinated beverage of choice and buckle up.

Terms are often the sum of two things: The Initial Period, e.g. the time it takes to produce, deliver, market, and sell the first EP or LP, plus any Extensions, e.g. prolonging a deal because the artist hasn’t made back the money provided by the label, plus Options, aka the company’s right to keep an artist for another project if they so choose. Labels will pick up their options if (1) the initial release meets financial or cultural expectations, (2) if they believe in the artist enough to weather weak commercial performance, or (3)  if they want to drop the deal but don’t want another company swooping in and signing them up, lest they look foolish later. That last one does happen, and yes, it is depressing.

Some terms last as little as 30 days for rolling distribution. When a company takes on more risk by providing funding, marketing support, physical distribution, or radio promotion, deals tend to last longer, ranging from 24 months on the low end to life of copyright on the high end. Perpetuity deals give labels a Perpetual Grant to release, administer, own (or co-own), and profit from a song or project until the world ends, aka until the copyright expires, and they are unfortunately still common practice. Shorter deals, on the other hand, exist as Exclusive Licenses, which is when an artist tells a label, “You can release this — your welcome — and collect money from it for X months and then you have to give it back.”

Generally, artists can do whatever they want with advances — aka a Discretionary resource. Some use that money to fund tours. Others cop mansions. Whatever you do, know the initial dollar amount isn’t what you take home. Managers (15 – 20% share) and lawyers (5% share in the U.S.) traditionally commission off these label payments, meaning a $100,000 advance would really be $75,000 – $80,000 for you, before taxes.

Unless you’re a superstar with some extra bonus cash courtesy of the company, there’s also a good chance advances are Recoupable, a loan the artist must pay back. Think of them as your future earnings. If the label expects you to generate X dollars over the course of the deal term, they can afford to provide a portion of X early to cover important costs.

It’s easy to overlook a crucial truth about revenue shares: Recoupment of advances solely comes from the artist’s portion, not the label’s, in traditional record deals. In other words, if you receive a $10 advance and you have a 15% royalty, your music will have to generate about $66.67 in Gross Receipts (total sales), not $10, before you start seeing steady checks from your music. Additionally, Direct Costs (costs required to create, distribute, and market your master recordings) also tend to come out of gross receipts before artists see their royalty rate take effect.So long as artists receive the majority rev share, this model does no harm, but it’s still standard practice to give creators much less than 50% at most traditional companies.

Conversely, Net Profit Splits, which you might find at indies and streaming labels, offer an alternative, with both company and creator splitting costs evenly. Only after all costs recoup will either side see profit. 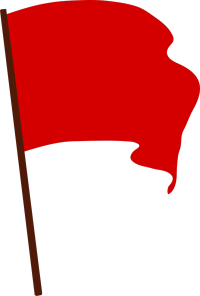 Record deals aren’t always black and white, making “red flags” a bit of a misnomer, but some additional clauses, phrases, and keywords can have a big impact on artists’ careers.

Consider this the tip of the iceberg of things to consider when signing a record deal. Some contractual fragments reflect artists’ rising power, while other ancient, oddball clauses might turn to dust if you shake them hard enough. Record deal standards still largely reflect old realities (the risks of manufacturing physicals, the costs of international distribution, vinyl breakage, a monopolized chokehold on different promotional platforms). They read like tree rings, fossilizing the legal and financial realities of a different era. Music’s history exists in archived articles, old footage, TV appearances, social media, fans’ memories. The industry’s history resides in redlined documents and the words above dotted lines. When those words regularly reflect all that has changed — marginal distribution costs, plummeting costs of production, globalized streaming — artists will emerge in control, as they should be.