6 More Things Your Email Press Release Must Have

In this followup piece, Hugh McIntyre examines what exactly an artist needs to include in the second half of their press release, the portion which actually contains the information you're trying to communicate about your band.

Guest post by Hugh McIntyre for the Symphonic Blog

If you’re reading this article, hopefully, you’ve already worked your way through the first part, which examines what you need to include in the upper portion of your press release. If that seemed like a lot, keep in mind it was only half the story. The lower segment of your press release is where you actually dive into what you’re trying to say. Sure, you need to think long and hard about every word in your headline and what photo you’d like to use, but the lower half of your press release features several paragraphs, so it’s also going to take you a fair amount of time to craft.

Here’s a look at half a dozen things that need to be present in the lower half of your press release.

The bulk of your press release will be a few paragraphs (try to keep it between two and four, unless this is a special occasion), and though you have more room to flesh out what you want to say, you still need to keep in mind that the people receiving these emails are very busy. That means you need to do your best to keep everything concise and stick primarily to information and add-ons they can actually use or that may hook them.

I won’t get into exactly what you need to include in this section, as it differs greatly depending on what the focus of your message is, but you should do some research and look at examples to see what great press releases read like. Go out of your way to highlight any important names, dates, facts, and so on. Anything you can do to break up monotonous text is useful.

It’s not common I see this step skipped when I read press releases, but when it is, it can create an incredibly frustrating situation for the person trying to find out more or potentially even write about you. If you’re debuting a new single, make sure you link not only to its page on YouTube, but also other major streaming platforms. You can do these individually or by sending bloggers to one page which directs them anywhere they want to go. The same can be said for almost anything—if your goal is to get people to consume or buy something, make sure it’s linked properly in the actual press release!

Your press release should focus on one important announcement, whatever it may be, but you never want to assume that the people you’re reaching out to already know everything about you. This is why many useful messages include a short about section after the several paragraphs of the release that explain what’s newsworthy. This paragraph outlines who you are and what you’ve done, and it should contain plenty of data-driven facts that a journalist may want to use. Have you been featured in a number of publications? List them. Toured in over a dozen countries? Say that! If your catalog already has a million streams on Spotify, make sure to put that figure in bold.

As I stated above, your press release should focus on one thing. You can send a journalist more than one message over a promotional campaign, and it’s much better to go that route, rather than fit everything into one very crowded message.

While you may be prepping a number of announcements, you can include some reminders in every message you send. For example, if you’re blasting out an email that reminds everyone that your new album is out today, feel free to include upcoming tour dates (with basic information) after the pertinent information (it typically comes after the several paragraphs of your release and your about section). Or, maybe you want to remind the writer that you’ve got a new single, video, or even album out, which can compliment something else you’d like them to cover.

Again, this is a subtle nudge to the journalist that you’d like this included in their piece, and it’s helpful for them, as it puts everything into context and assists them, as they can’t always keep everything everyone is doing straight.

At the bottom of your release, make sure everyone can find you on the internet easily. That means links to your website, Facebook, Twitter, Instagram, and any other important social profiles you want to share. You can also have clickable links to your page on important streaming sites, as well as SoundCloud, Bandcamp, and the like. These can be words that are hyperlinked or images that work in the same way—whatever works for you! 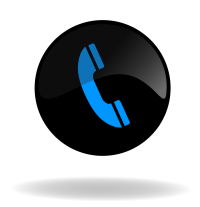 It should be obvious that someone can simply reply to your email if they want more info or have something to say to you, but including your full information is still a good idea. Make sure to include your name, email, and a phone number. Also, if it’s applicable, give them the same information for your manager, publicist, and/or booking agent. You may not have any of these, and that’s okay! If you do happen to be working with any of them, it doesn’t hurt to have everything in small font at the very bottom, out of the way.

Hugh McIntyre is a freelance music journalist based in New York City. His byline has appeared in Billboard, Huffington Post, Mashable, Noisey, The Hollywood Reporter, MTV, Fuse, and dozens of other magazines and blogs around the world. He loves following charts and the biggest and most successful names in the industry, and he's always interested in highlighting incredible feats and discovering what's next.