Apple is set to announce the end of iTunes today. Ironically, the company unveiled a new iPod Touch last week, the newest iteration of the hardware that made it so easy to put a whopping 1000 iTunes tracks in your pocket.

During Tim Cook's keynote at its annual Worldwide Developers Conference in San Jose, California today June 6th, Apple is set to replace iTunes with standalone music, television and podcast apps, reports Bloomberg. Apple is re-positioning itself as a next generation media company, and an 18 year old service with rapidly dwindling sales does not fit the new portfolio.

Rumors have swirled about the demise of iTunes since 2016 and the growth of Apple Music and Spotify. Last year, Apple began telling labels that 2019 was the year that iTunes would end, multiple sources tell Hypebot.

“The attraction of Napster was not just that it was free, but more importantly, it gave people a way to connect with pretty much any piece of music,” the former Warner Music vice-president Paul Vidich told Rolling Stone in 2013. “What Steve was doing with iTunes was to replicate that type of experience – a vast catalogue, available on a singles basis, with a convenient interface. It had to be easier than Napster.” 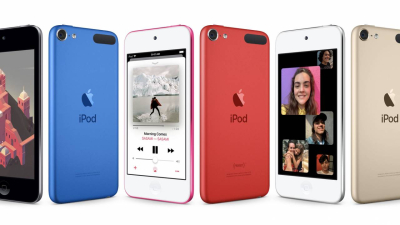 In its first real update since 2015, Apple announced a new iPod touch last week featuring an Apple A10 Fusion chip. The new addition also has a 256 GB model for the first time.