Facebook has unveiled the details for Libra, its new global cryptocurrency. The social network is launching the currency, similar to Bitcoin, with partners like Spotify, Paypal, Uber, Visa and Mastercard, among others.

However, since Facebook is currently under federal scrutiny for its privacy practices and the subject of a new antitrust probe in Congress, the launch is certain to face hurdles.

Libra is scheduled to launch sometime in the next six months to a year. It will have about two-dozen partners in all. Facebook hopes to raise as much as $1 billion from existing and future partners to support Libra.

Facebook officials say that Libra will help send money across borders without incurring fees like those charged by Western Union. It will open online commerce to people from around the world who don’t have bank accounts or credit cards.

“If you fast forward a number of years, consumers all over the world will have the ability to access the world economy,” Facebook executive David Marcus said in an interview with The Associated Press. 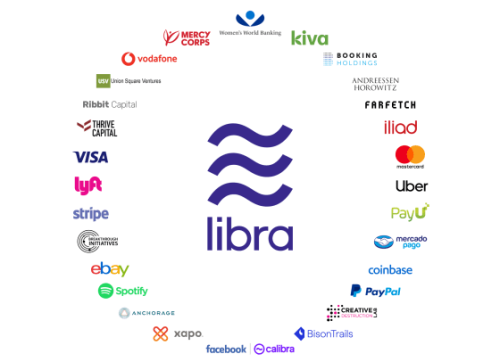 A user can cash out at local exchange points like grocery stores and spend the cryptocurrency using third-party apps like Facebook’s Calibra wallet that will be built into WhatsApp, Messenger, and its own app, according to TechCrunch.

Facebook won’t fully control Libra but will have a single vote in its governance as a founding member of the Libra Association.

“Success will mean that a person working abroad has a fast and simple way to send money to family back home, and a college student can pay their rent as easily as they can buy a coffee” Facebook writes in its Libra documentation.