A group of high-profile musicians and estates have filed a $100 million lawsuit against Universal Music Group (UMPG) over the 2008 fire that destroyed thousands of archived master recordings.

The lawsuit, which was filed in Los Angeles Federal District Court Friday (June 21) by the rock bands Soundgarden and Hole, singer-songwriter Steve Earle, the estate of Tupac Shakur and a former wife of Tom Petty, alleges that UMPG breached its contracts with artists by failing to properly protect the tapes. It also argues that Universal had a duty to share any income received as settlements from the fire, including an insurance payment and a legal settlement from NBCUniversal, the parent company of Universal Studios at the time. 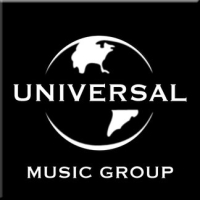 The suit is the first legal fallout from a New York Times Magazine investigation published earlier this month that found that the fire, which took place in a back-lot warehouse at Universal Studios Hollywood, had destroyed over 100,000 audio recordings that contained as many as 500,000 songs, including master tapes by the likes of Ray Charles, Chuck Berry, Elton John, Police, Nirvana, the Roots and countless others.

The claim is seeking damages in excess of $100 million.