Music Superstars Are Getting Streamed Less

Even as streaming continues to grow in popularity, it seems those top tear artists who were bringing home a disproportionate amount of revenue have seen their play counts slip – something which can only be good news for struggling mid-tier artists.

The music streaming services have provided what seems to be unfair payouts for some time, with superstar acts reaping all the benefits due their oversized track counts. That may still the case, but the tables may have turned a bit as music superstars are no longer getting as many streams as they once have in comparison to mid-tier artists.

That’s good news for the rest of the 99.9% of artists on various streaming services, as overall streaming consumption has risen, but the superstars have seen their streams actually decrease, according to a recent articles in Rolling Stone and Music Business Worldwide.

A yearly BuzzAngle/Alpha report shows that the top 50 streaming tracks in the United States last year racked up 3.7 billion plays between them. but this was way down from 2017. That year the total came to 14.7 billion, which was almost four times that of 2018 totals.

The fact of the matter is that streaming actually grew in the United States by 42% last year, yet the top 50 tracks went down to a quarter of the previous year!

This even extended to the top 500 streaming tracks, which were up just 4% last year. Remember that the overall streaming count was up by 42%, so this figure shows that consumers where listening to songs primarily outside of the top 500.

There is a some healthy trend here. It seems that new artists are being listened to more in preference over older tracks, which mean that mid-tier artists actually have a chance to make a living from this. 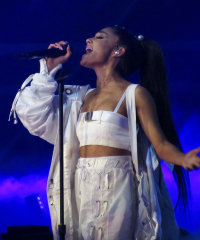 The way Spotify pays its royalties to artists (others may be the same but aren’t saying) is all based on market share. In other words, the more your songs stream, the more you make per song. The figures that you see per play are simply averages, and as any artist knows, they can vary widely depending on the tier and country from which they’re consumed.

For instance, if you paid $9.99 to Spotify and just listened to one artist over and over, that artist does not take all the money that you spent. In fact, it goes into a pool where Drake, Post Malone, Arianna Grande and all the big hitmakers are taking the major portion of it.

That portion is declining though, and that can mean nothing but good things for every artist not yet a superstar.