The Number One Cause Of Burnout For People In Music

As with many high-stress creative industries, burnout plagues the music business, and has brought down many an aspiring young artist – but it doesn't have to be that way! Here we look at how to avoid fizzling out and giving up.

Burnout robs many aspiring musicians and music professionals of their dreams, but that doesn’t have to be the case.

The digital age has given us many gifts. We are more connected than ever, we have access to more information, and there are always cute videos of dogs and cats to distract us from the horrors of existence. It’s pretty good…For the most part.

But the access given to us by the digital age comes a drawback. People have become so obsessed with the immediacy of the Internet that they tend to expect the same from all areas of life. We want it all, and we want it all right now. Not tomorrow, not after several weeks or years of hard work, but right now. Give us the thing we want or give us death.

Nothing in life worth accomplishing offers immediate gratification. There is no magic trick to success that shortens the time it takes to reach the summit of your dreams or lessens the amount of work that needs to be done. In regards to music, there is no guarantee that you’ll ever become a star or have a chart-topping hit. On the professional side, there is no proven method to landing a lasting career. That has always been true, but something about the digital age has made this reality weigh heavily on people caught in the struggle.

The number one reason people in music experience burnout today is because they are impatient. No one wants to wait for success. It seems every week a new musicians or professional emerges from the crowd and achieves seemingly overnight success, often years before their peers, and that accomplishment causes others to question their own validity as music professionals. Once that happens, people in music tend to decide that they aren’t pushing themselves hard enough. They aren’t creating enough or working enough or sending enough emails. They push themselves to the limit in hopes that will make a difference, and when it doesn’t produce immediate results, they implode.

“If a teenager with a laptop can create a platinum-selling song in their bedroom, why hasn’t [insert whatever it is you do] taken off yet?” 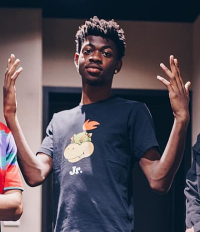 We ask ourselves questions like that because we see the success of others as saying something negative about us, but it’s not. The success of another is not a slam against you. Maybe they did work harder, but they also may have gotten lucky. We can never predict what listeners will want in a week from now, let alone three to six months. A song like “Old Town Road” might top the chart for a month, but whether or not Lil Nas X can produce another hit remains to be seen. His current single could be his only hit.

Meanwhile, you are building a catalog of strong material you believe in that your fans want to hear. You might not have that lightning in a bottle hit that changes everything, but you have songs that people will pay to hear and own. You also have an engaged following, or you’re working towards building one, and that will allow you to continue making music for many years to come.

If you want to avoid burnout you need to avoid that voice in your head that assumes success is owed to you. Success requires time and sacrifice. There may be exceptions, but the longevity of careers for those who skip a step or two on the ladder of success are often significantly shorter than the careers of individuals who put in the work, take their time, and take care of themselves. As long as you’re doing the best you can do, then you’re already do everything that needs to be done.