“It wasn’t a success, not if you measure success in terms of profit,” Bob Dylan says of the 1975 Rolling Thunder Review tour in his first on-camera interview in over a decade. The Martin Scorsese produced documentary will be released ion Netflix and in select theaters on June 12th. 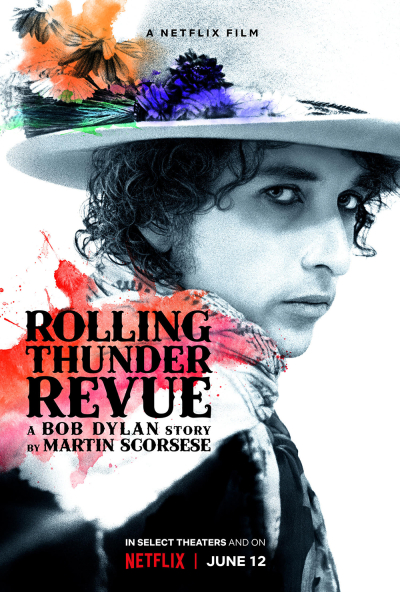 “Setting out across a 1975 America exhausted politically, economically and socially, a busload of musicians—assembled by Bob Dylan—hits the road in search of new creative horizons. The resulting tour, the Rolling Thunder Revue, would reveal a Dylan rarely seen: playful, mask-wearing, intense, expansive, rejuvenated,” Netflix said of the film.

Masterfully capturing both an icon and a nation in transition, director Martin Scorsese tells the tale using footage that was abandoned for decades, now gorgeously restored, taking viewers into the heart of a freewheeling, electrifying musical gamble. Inspired by Dylan’s own restless spirit, Scorsese performs some breathtaking sleight of hand, summoning nostalgic fantasists, boxers, magicians, starlets and testifiers of all stripes, and exploding the boundaries of what makes a conventional documentary.”