Getting people to actually show up at your show can be exhausting, and if you've been at the DIY artist thing for awhile, chances are you've given most attendance tactics a try, from social media blasts to old school postering. At the end of the day, however, the mailing list is the most likely to get potential concert goers off the couch and out of the house.

Getting people out to your shows can feel like a losing battle. First of all, it’s difficult just to get people to care about your show, and then getting them to care enough to actually drag themselves out on a Tuesday night at 9pm (even if the show is free!) is no easy task.

Odds are you’ve tried everything you can think of in terms of posting flyers on social media, tagging the other bands that are playing, maybe even targeting a few ads to strategically try and convince people to come out. But nothing seems to be working—so what gives?

While social media is undoubtedly an incredibly valuable way to connect with fans and it’s a crucial piece of the puzzle for building your fan base, showing proof of concept (in this case, that people actually like your music enough to come out), is a necessary part of building your career.

And there’s no better way to do this than through building an email list.

I know, I know, you might think of a mailing list as something you sign up for to get 10% off at Macy’s or to receive first dibs on tickets for your favorite band’s tour. But it’s a whole world of opportunity, starting with the fact that it’s not algorithm driven and it actually reaches its intended audience. Think about that for a minute—that’s reason enough to get started on one!

So, when it comes to getting fans to come out to your show, how can you use your mailing list?

Before you start trying to sell to your fans and asking them to come out to your show, you have to make sure you’ve spent quite a bit of time nurturing them. One great way to do this is through what’s called a “nurture series.” A nurture series is a sequence of emails that are designed to help your new subscriber get to know you as soon as they sign up.

The way it usually works is that when they first sign up, they’ll first get the freebie they signed up for (something like a free download perhaps) and then every few days or week after they’ll get another new email that tells them a little more about who you are. For instance, the second email might be a story about how you had an “aha moment” that shaped who you are and took you on this path to being the musician you are, the third might be a list of your favorite tools for recording in your home studio, things like that. The idea is to educate and give away value, as well as let your fans get to know you, so that by the time you’re asking them to do something, they’re emotionally invested in this relationship you’ve built with them, and more likely to act.

And by the way, you can schedule all of this to go out automatically with an automation sequence, so you don’t have to worry about sending these individually. 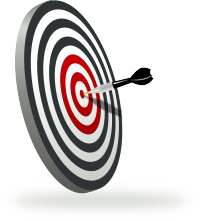 All email list providers have a way to niche down your lists so that you can target specific groups of people depending on the subject or location. For example, you can make a list of people that live in the Northeast so that when you have a show in Boston, that’s who you email first/most (this doesn’t mean you don’t also email the rest of your list, maybe they have friends that will come out, but at least you know who you’re targeting).

Give them something worth coming out for

In the end, the best way to get fans to come out to a show (and keep coming back) is to make it a show worth coming out for. This means being engaging on stage, hanging out at the merch table afterward to talk to fans, and making it a true, unique experience.

However, there’s certainly plenty you can do with your mailing list to get fans excited for the big day.

A couple ways you could get them excited:

These are just a few ideas, but the more specific you can make it to your fans and your brand, the better!