6 Things Every Crowdfunding Campaign Needs To Be Successful

In the wake of PledgeMusic's recent historic trainwreck, trust in crowdfunding platforms has sunk to an all-time low. In spite of this recent challenge, however, crowdfunding remains a very much viable avenue for artists looking to fundraise for a project or tour, provided their campaign has all the necessary elements.

Trust in crowdfunding platforms is at an all-time low these days considering the historic melt-down of PledgeMusic recently. But that doesn’t mean crowdfunding in general isn’t still an extremely viable approach for musicians looking for support from their communities. In fact, Bandzoogle just launched their own crowdfunding feature.

An exciting and well-executed crowdfunding campaign goes beyond fundraising: It can bring a network together, unify your branding, incubate great new merch ideas, create long-lasting promotional avenues, and filter out your true superfans. That, plus it can provide capital to support your next musical project. A great campaign pulls all of these narratives together and gives you a platform to tell the world: “This is who I am, this is what I’m all about; won’t you join me on this journey?”

Unfortunately too many artists make the mistake of assuming that simply starting a basic campaign and asking their friends to donate is enough. Not taking the time to adequately plan, put a timeline in place, and get others involved who want to help you succeed will almost certainly leave you asking yourself, “What went wrong?”

So if you are planning to launch a crowdfunded project sometime soon, here are the six things that your campaign should always include.

Your goal is what you’re asking to raise in your crowdfunding campaign to make the project happen. And speaking of goals, through Soundfly’s Headliners Club one-on-one coaching program, we have a team of Mentors who are experienced in music composition, production, and business and who are  trained to help you meet whatever goals you set for yourself, so let us know here what you’d like to achieve this year and we’ll find a Mentor to help you succeed.

Back to your crowdfunding campaign. It’s vital that you ask for a realistic monetary goal. You may feel like you need $25,000 to cover all of your expenses, but if you still have a relatively small or unengaged fanbase, that might not be in the cards right now. Take an honest assessment of where you’re at, who your fans are, and what people are most likely to support you, and then choose a goal that you know you can comfortably reach. These days you can achieve a lot with a lot less, so get creative!

2. A Sense of Urgency

When people have too many choices or too much time to make a decision, they usually just don’t. So while choosing a lengthy run time for your campaign may sound tempting, you might want to reconsider. Time and time again, we’ve seen that campaigns with short timelines of 30 days (as opposed to 60 days) see higher success rates. It’s that sense of urgency and, for the fans, exclusivity along with everything else we’ll go over that helps create and sustain momentum from beginning to end.

You can’t get around this one. The odds of running a successful campaign without an arsenal of supporters and people ready at the helm to share and push your campaign alongside you is slim. While you’ll almost always find foundational support in your close friends and family, the people that will take your campaign above and beyond are your superfans. 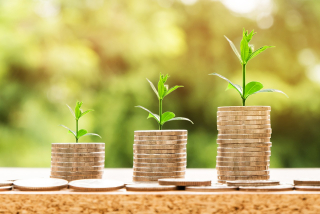 Whether you’ve got a global street team of diehard superfans ready to help, or whether you’re just starting out and have none, if you want to turn a few fans into a lot of fans, your approach should be exactly the same: Incentivize and prioritize anyone who commits to helping you succeed with extra perks, more meaningful shout-outs, above-and-beyond gestures, etc.

If your everyday fans love you, they’ll want to support your campaign for sure, but that may only mean donating $10 for the digital download perk. That might not be enough to push it over the edge. Try to find ways to get your fans to share your campaign so it reaches even further.

On a similar note, you can’t simply rely on vague social media posts or email blasts to fund your project. You’re going to have to get comfortable with getting personal.For anyone who’s an introvert, or who hates asking anything of anyone ever (I’m right there with you by the way), this is a tough one. But it’s important.

Be prepared to reach out to everyone you know and personalize those messages. Copy and pasting notes won’t work this time (does it ever?). What will work is showing your friends and supporters that they each mean something to you and your goals individually, and that you couldn’t do this without them. When they see what your vision and passion for this project is, they’ll be much more likely to support you.

Never phone it in. Having an appealing selection of pledge levels and rewards is an important avenue for attracting both people who, though they might not be superfans, are consistently following and engaging with you and people who are just learning about your work. It goes without saying that having something for everyone helps increase your chances of converting more sales. Some people might not own a turntable, or a laptop with a CD player, etc.

If you ask me, everything in this industry would do better with a personal touch. Look, you’re asking people to part with their hard-earned cash and believe in you to create something that isn’t finished or perhaps even started yet. If you want them to really invest in you and buy into what you’re all about, you have to actually show them who you are.

That means regularly updating your campaign to keep everyone informed, synching information across all of your channels, yet personalizing your messages to show everyone who supports your project the same level of gratitude, and having a great time with it!

Record some new demos or some behind the scenes videos and share them. Tell stories. Make the project fun to be a part of and showcase the best of your personality. If you want people to care, show them who you are on a personal level.

Angela Mastrogiacomo is the founder and CEO of Muddy Paw PR, where her artists have seen placement on Alternative Press, Noisey, Substream, and more, as well as the Director of Community and Events for Music Launch Co. She loves baked goods, a good book, and hanging with her dog Sawyer.