The very spat between Taylor Swift and the head of her former label over control of her hit masters is far from over. But whatever "truths" are revealed in the coming days, one thing is certain, writes MIDiA analyst Mark Mulligan, the dispute provides a cautionary lesson to artists and a boost for label services firms. 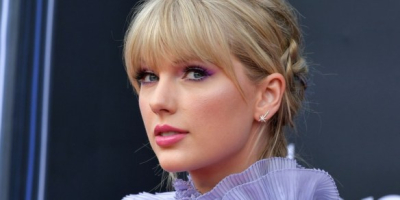 The sales of Taylor Swift’s former label Big Machine Records to Scooter Braun has resulted in an ugly spat that has been played out very publicly. First Braun enthused about acquiring a ‘brilliant’ company and the global ‘opportunities’.Then Swift responded with an open letter saying that Braun had ‘stripped her of her life’s work,before Big Machine’s Scott Borchetta responded saying he had given her the ‘opportunity to own her masters’. The feud clearly has some distance to run but the issues of ‘who got what text message when’ are not the big deal here, the real deal is the big deal.

Whether she likes it or loathes it, Taylor Swift’s catalogue is Big Machine’s asset

Late last year Swift left Big Machine to sign a long-term deal with Universal Music that was most likely a label services deal. At the time she said it was ‘incredibly exciting’ to own her masters. But, however good her UMG deal might be, she is now in a position whereby her recordings are being sold to someone she’d much rather not have ownership of them. In her post she calls this a ‘worst case scenario’. From Big Machine’s perspective, it simply couldn’t sell the company without having either Taylor Swift or her recordings on its balance sheet. Without one of those, the company’s value would have been much lower. Swift may not like the feeling of being someone else’s asset but that is the very nature of what happens when an artist signs a traditional label deal.

Back in the early 2000s the Beatles wentto court to try to regain ownership of their master recordings because of a dispute with their label. Fast forward to now and we have another massive pop act angered at not having control of their own creation. At one level the world has not changed much, but on another it has done so, and dramatically so. The fact that Swift signed a label services type deal with UMG shows just how much more choice artists have with the type of deals they sign, whether that be label services, joint ventures, distribution deals or combinations of all three. Artists have never been so empowered and so educated. Nor have they ever had so many commercial options, from doing direct distribution with a CDbaby or Amuse, a label services deal with an AWAL or BMG or simply going direct to fans with platforms like Bandcamp.

By allowing the dispute with Swift to become so public, Big Machine has just inadvertently done a promo campaign for label services deals. The more that the media is awash with stories like this, the more that artists will be considering their options. This does not however mean that all artists will be turning down traditional masters deals in favour of label services deal. A label services deal normally means trade-offs. A record label is going to get less, so in return it is going to give less back. Artists have to balance out factors such as smaller advances, lower royalty income, higher risk and bearing costs. For an artist that has spent years building to the point of signing a deal, a fat advance and guaranteed marketing spend will often be a more appealing prospect. Especially when you consider that successful artists will expect recording income to be just a minority of their total music income.

Artists increasingly use labels to build their own artist brands

In this context, the record label becomes a marketing asset to the artist, a tool with which to become famous enough to ensure that all the other income streams (live, merch, publishing, brand partnerships etc.) kick in. In this era of empowered artists, more artists will be making an informed decision that matches their priorities. If they prioritise creative independence and control, then label services will make most sense. If they value building a large-scale audience fast, they may opt for a traditional label deal. Or they’ll take something in the middle. The bottom line is that there is no standard approach anymore. Any artist signing a deal now that finds themselves five years from now complaining about not having control of their masters will, to put it bluntly, only have themselves to blame. It will have been their choice.