Concert Ticket Sales Are Down Significantly This Year

Despite the tumult of the recorded music business, live music was thought to be a bit more of  a blue chip when it came to an otherwise unstable industry, but new data from Pollstar shows that sales of concert tickets have taken a significant dip in comparison to previous years.

Regardless of which way the recorded music business has gone in recent years, the one thing you could count on was that concert ticket sales would remain strong and even grow. That was true until this year though, as new data from Pollstar confirms that worldwide concert ticket sales are down a whopping 29% from this time last year. The real question is, what caused the drop?

Many in the industry think that there just weren’t enough superstar acts on the road this year, but others believe that it all has to do with increased ticket prices. In fact, ticket prices are the only thing that rose over last year, with an average price of $84.40, almost 21% higher than as recently as 2017. 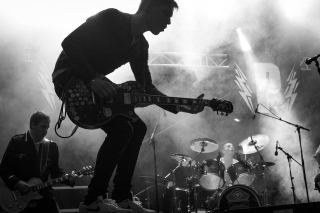 And it gets worse if you look at the top 50 touring acts. There, the amount of money grossed was down to almost 2014 levels at $1.67 billion. Not only that, ticket sales appear to be the fewest on record.

Many blame this decrease on the dynamic ticket pricing that many superstar acts use in order to take advantage of their popularity in places where the demand is greatest.

I personally experienced this recently, paying $300+ for decent seats to see Jeff Lynne’s ELO. Prices to the best seats for that show topped $1,200. Frankly the show the worth it, in my opinion, but the pricing then limits the number of concerts that a person will attend over the course of a season.

North America has always seemed impervious to fluctuations in the concert ticket market, but this time it’s mirrored the rest of the world almost exactly, which should worry execs on that side of the business.

It could mean that the happy times for the concert business are over. Then again, we could find that attendance to the summer concert season makes up for it, but 29% is a lot to make up.