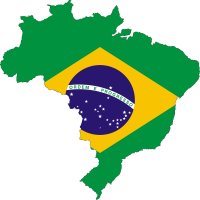 Given its incredible size and striking diversity of population, breaking down the entirety of Brazil's music consumption data is a herculean task. Luckily, thanks to a spike in technological developments throughout the country, music consumption has standardized to some degree, making an accurate break down more achievable.

In a country that occupies 48% of South America geographically  and boasts the tenth largest music market in the world,  it is a challenge to analyze Brazil’s music industry in its entirety. Brazil’s regions are characterized by their population’s habits, lifestyles, and socio-economic conditions. Consequently, music is perceived differently in each region and is therefore consumed in different ways. Brazil is an extremely multicultural country due to centuries of immigration, bringing many native Brazilians, Europeans, and Africans together. Nevertheless, with technological developments happening throughout the country, music consumption has tended to standardize in all regions through streaming, live music, and radio.

Brazil was introduced to music streaming services with the arrival of Rdio in 2011.  The concept of streaming was abstract for most people and was still being absorbed by the population; consequently, it did not take on popularity immediately. In 2014, however, streaming began to concretize and when other major platforms such as Spotify, Google Play, and Deezer became available in the country, streaming turned into one of the most popular forms of consuming music in Brazil.

Today, Brazil has the tenth biggest global streaming market in the world and is the leader in Latin America’s music industry.  With this in mind, companies are now trying to innovate and set themselves apart in order to gain a competitive advantage. For the launch of Tidal in 2018, the company partnered with one of Brazil’s largest mobile communications brands, Vivo, creating a strategy where Vivo would offer its clients a lower price for a Tidalsubscriptions.  This allowed Tidal to have a wider geographical reach as well as helped Vivo’s establishment in the new market as a credible brand was representing them.

These international streaming platforms are also experiencing competition with national streaming companies, like Sua Musica and Palco MP3.  Specifically, Sua Musica has over thirteen million active users and focuses on local genres such as sertanejo, forro and arrocha. They concentrate their activities in the northeast region of Brazil, where the digital world is less developed and people are more engaged with local musical styles. Many national artists carry out exclusive releases on these platforms, attracting potential users as well as stimulating existing customers to upgrade to a paid subscription. This feature gives these national companies a massive competitive advantage due to the fact that in Latin American countries, especially in Brazil, consumers tend to be more interested in local musical genres.  International streaming platforms are shifting their focus as a result of this and aiming more at promoting Brazilian genres, although it is still a challenge to reach specific local markets and niches.

Live music has always been a common way of consuming music in all parts of Brazil. There are regions, however, in which there is a stronger presence of concerts and festivals due to the economic development and technological advancements of certain cities. In recent years, music festivals have gained a huge space in the Brazilian music market, becoming one of the top ways of experiencing live music, rather than going to independent concerts.

In the southeast region of the country, where São Paulo, the most populated city in Brazil, is located, the live music scene has constant growth; the largest festivals in Brazil such as Lollapalooza Brazil, Rock in Rio, Tomorrowland Brazil, and João Rock are held in this region. Lollapalooza Brazil was the second largest grossing festival in the world in 2018, with a revenue of over $23 million.  These festivals are perceived as a unique holistic experience rather than exclusively as a musical performance, and so many factors are taken into consideration when consumers are in the process of making decisions to buy tickets: the lineup, whether or not their friends will attend the festival, the location, the cost, and what other attractions (other than the artists) are offered in the concert.  By encompassing a wide range of attractions, festivals are leading the live music scene in Brazil. In contrast to this, smaller venues that promote individual artists also have a drastic effect on the market; in a survey carried out by SIM São Paulo, it is shown that 300 venues will provide over ten thousand shows per month in Sao Paulo.  This helps not only with economic development, but also with engaging the local community in cultural programs (sixty-two percent of these venues have performances by international artists ), as well as helping Brazil create an identity and reputation in the international music scene.

According to a survey by Kantar Ibope Media, every three out of five people listen to the radio every day in top thirteen metropolitan regions in Brazil.  Radio is still a popular medium in Brazil because it is the easiest and most accessible way of consuming music; in less developed regions, where people do not have access to modern digital devices, radio is used more frequently, especially to listen to music at home and at work.

Another factor that attracts audiences to listen to the radio is the fact that it does not only play music, but also updates their listeners on the daily news. Performers and composers also benefit from having their music played on the radio; they are paid thirty-four times more royalties than when their music is played on streaming platforms.

The Brazilian government, aiming to foster the country’s culture, created “Culture Incentive Laws” in 1991, which provides artists and writers with monetary support for the development of cultural projects. For example, if an artist wants to release an album, they are permitted to go to the Ministry of Culture and present their project to request funding. It is then analyzed by a commission panel of the Ministry and by public and cultural entities of importance, which consider the project’s viability, cost, and its overall contribution to Brazilian culture. If approved, the artist is given the option of raising money through the sponsorship of companies, in which the total cost of the project will be deducted from their taxes. There are several different laws that may be applied—federal, state, or municipal—depending on the project’s magnitude and where it will take place as different taxes will be deducted accordingly.

The most popular law is Lei Rouanet, as it has been the cause of controversy and is highly politicized. This law deducts from the federal income tax, while state laws like PROAC (in São Paulo) deduct from state taxes. Companies will favor projects that focus on the southeast region of the country (especially in São Paulo and Rio de Janeiro) as the economy in these regions is more developed. Consequently, most projects sponsored by the Lei Rouanet law are concentrated in this area. In order to stimulate investment opportunities in less developed regions like the northeast and the center-west, the government provides benefits to companies that sponsor projects in these areas, by, for example, allowing a higher percentage of spending to be directed to media and marketing, thus giving the company more visibility in their investment. 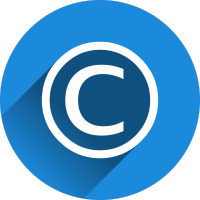 ECAD is Brazil’s central office for the collection and distribution of mechanical and broadcast royalties, and it consists of seven performing rights organizations. Most radio and television companies have contracts with the ECAD, paying a certain amount per month for utilizing music. In 2018, ECAD collected approximately $275 million, and yet, songwriters and composers are underpaid due to the complex bureaucracy in the system. The system of distribution of royalties in Brazil is far from perfect, but there is a lack of awareness, and very few steps have been taken to rectify these issues.

There is a clear trend in how “break-through” artists launch their careers in Brazil, especially in recent years. The artist is not seen as a priority, but the song is, and sometimes the performer will remain unknown to some of the listeners as they are more interested in the song itself rather than getting to know more about the artist’s work. Most breakthroughs have occurred through social media, most commonly through YouTube, Facebook, or Instagram. Additionally, many artists become popular through the feature of their songs in soap operas, which have immense audiences in Brazil and therefore provide a big reach to artists; these songs often times become the “hit song of the moment,” and most people will become aware of them. This usually happens with artists that have record deals, through the connections record labels have with television companies. Another way in which artists have launched themselves recently has been by releasing alternate versions of their songs remixed by famous DJ’s; these songs are played in clubs and music festivals, encouraging the audience to listen to its original version, and hopefully, to eventually follow the artist’s new projects.

How Music is Promoted

As you might expect, there is a strong connection between the promotion of music in Brazil and the ways in which it is consumed: by way of featuring a ‘single’ on a popular Spotify-curated playlist, being displayed as the new “breakthrough artist” on Apple Music, or having a song being played on the radio followed by a short interview. Using popular consumption mediums as a means of promoting songs with an artist’s brand has proven to be an effective strategy. Regarding live music, artists will often partner with more established artists or bands that have similar musical styles, appearing on their live shows as a featured artist or being opening acts in their tours. Musical collaborations are also a way to expand a fanbase. When two or more artists feature in one song, it gives all of them the opportunity to be heard by each other’s regular listeners, therefore expanding their audience. Additionally social media is a very powerful tool for promotion, exposing artists to a wide audience and having a global scope. Promotional features in social media allow the artist to target their niche market, thus being an effective tactic for expanding their following.

With its ever-growing music market, Brazil promises to perform positively in the coming years. According to recent trends, live music and streaming will gradually monopolize the music market, and other methods of consumption will become obsolete, especially with the increasing technological advancements in the country. Even with the recent economic recession, the consumption of music has continued to surge, proving that entertainment is a priority for Brazilians. Now, as an emerging economy, Brazil is showing the way forward for the future of music.