Live Nation directly facilitated the sale of 88,000 Metallica tickets at inflated prices on the secondary ticketing market.  This strong piece of investigative journalism by Billboard's Dave Brooks has finally brought the long-standing practice out into the open.

Tickets for Metallica and several other artists were sold directly via the resale market, facilitated by Live Nation.  According to a report in Billboard, Live Nation’s participation in the direct secondary market listings was discussed in a secretly recorded 2017 phone conversation between the company’s president of U.S. concerts Bob Roux and an unnamed promoter.

Roux said Ticketmaster will not handle the listings directly and instead suggested that in order to conceal the transfer a Live Nation employee or a venue box office could move the tickets to a singular account so they could be listed on secondary market services. 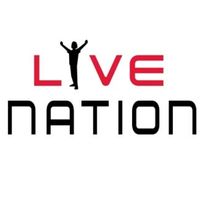 “When this happens, 4,600 tickets into a single account,” Roux said on the call, per Billboard. “there may be some eyebrows that get raised.”

A rep for Metallica told Billboard that the members were not aware of the direct secondary sale and instead delegated to Tony DiCioccio, who was working as a ‘ticket consultant.’

According to Billboard, a call transcript also detailed Roux discussing the ticket sales with Vaughn Millette, who is now chairman/CEO of Outback Presents. Roux told Millette that they planned to sell 4,400 tickets per show for 20 concerts, with slightly more than half tickets for premium seats with the remainder drawn from “troubled” tickets which include passes for nosebleed seats and seats with bad sightlines.

Live Nation confirmed to Billboard that “about a dozen artists out of the thousands we work with asked us to do this” between 2016 and 2017. Live Nation also told Billboard that artists rarely ask Live Nation for assistance selling tickets via the secondary market, noting that its enhanced tools allow artists to retain some of of the profits that had been flowing to brokers.

This isn’t the first time Live Nation has admitted to secondary market sales. In 2016, managing director of Live Nation Italy Roberto de Luca revealed during a television interview that “a very limited number” of tickets had been directly listed on secondary market services on behalf of international artists.