ROCCR Is A Non-Profit, Transparent PledgeMusic

UPDATED: As the effects of the collapse of crowdfunder PledgeMusic rippled through the music community, Iain Baker of UK rock group Jesus Jones was one of its most outspoken critics.  Now, Baker has decided to do something about it with the formation of ROCCR.

Alongside partners with expertise in tech and business, Baker is building a music and arts crowdfunding platform designed to be "transparent, fair and direct."  Their goal is to launch ROCCR before the end of the summer.

"We're laying out a case for someone to carry on the good work that Pledge did," Baker tells Hypebot, "and just to try and do it while not ripping everyone off, and taking their money." Most notably, he says, "ROCCR doesn't have access to the donations" and is taking a little less in fees.

"Pledge was trying to embark on a huge expansion," Baker contends, "and all of that felt like it was happening off the hard work that artists were putting into their campaigns. We're trying to give a bit back to the artistic community. ROCCR is a not-for-profit, so the naked pursuit of profit isn't our main goal." 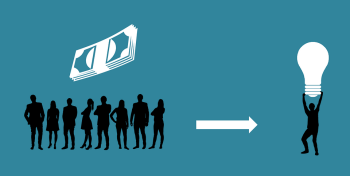 Others have explored launching a music crowdfunding platform and decided against it because revenue compared to providing the level of customer service sometimes required to help an artist launch and maintain a campaign could mean razor-thin margins. Recently, Kickstarter and partner XOYO shut down their DRIP music funding initiative before it launched.

Bandzoogle, on the other hand, just added a direct crowdfunding option to its existing music website and marketing platform, and the artist and label community is hoping that it, ROCCR and others succeed. "Pledgemusic became more than a crowdfunding service," said music marketer Jay Gilbert of Label Logic. "It became an exciting music community where fans could go explore the virtual end-caps and find treasures from their favorite artists while discovering new ones. I still believe in the model."