Scooter Braun Acquires Big Machine Label Group For $300M: ‘We’ve got a seat at the table.’

Financial details of the transaction were not released. But the Wall Street Journal puts it at over $300 million, according to sources familiar with the deal. The combined companies are now reportedly valued at $800 million.

The deal includes all aspects of BMLG’s business, including its artists roster, distribution deals, publishing and masters, including Swift. Borchetta will join the Ithaca board, acquire a minority interest in Ithaca and remain President and CEO of BMLG with the music group continuing normal operations in  Nashville.

BLMG lost its flagship client Taylor Swift to Universal earlier this year, but remains a powerhouse in country music with a roster that includes Thomas Rhett, Lady Antebellum, Sugarland and others.

[MORE:Taylor Swift Reacts To Big Machine Sale To Scooter Braun: 'This is my worst case scenario'] 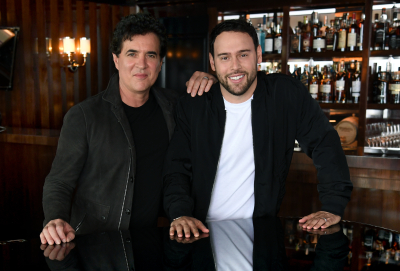 “The idea of Scott and I working together is nothing new, we’ve been talking about it since the beginning of our friendship,” said Scooter Braun. “I reached out to him when I saw an opportunity and, after many conversations, realized our visions were aligned. He’s built a brilliant company full of iconic songs and artists. Who wouldn’t want to be a part of that? By joining together, we will create more opportunities for artists than ever before, by giving them the support and tools to go after whatever dreams they wish to pursue.”

“Scooter and I have been aligned with ‘big vision brings big results’ from the very first time we met in 2010,” said Scott Borchetta. “Since then I have watched him build an incredible and diverse company that is a perfect complement to the Big Machine Label Group. Our artist-first spirit and combined roster of talent, executives, and assets is now a global force to be reckoned with. This is a very special day and the beginning of what is sure to be a fantastic partnership and historic run.”

“As country catches up we’re able to plug into a pop landscape that will turbocharge opportunities for these artists,” Borchetta told the WSJ. “We decided to build our own thing that makes us part of the global conversation,” said Braun. "Thanks to the combined companies’ roster of high-profile artists and assets, he adds, “we’ve got a seat at the table.”

Since its first releases 14 years ago. BMLG has had 118 No. 1 songs and sold more than 65 million albums worldwide. Six of the top 10 digital Country songs of all time have all been released by BMLG or by BMLG artists including Florida Georgia Line’s “Cruise” as well as their collaboration with Bebe Rexha titled “Meant To Be”; Lady Antebellum’s “Need You Now”; Taylor Swift’s “Love Story” and “You Belong With Me”; and The Band Perry’s “If I Die Young.”

The Carlyle Group, which invested in Ithaca Holdings in 2017, is funding the deal, alongside  Braun and Ithaca Holdings. Carlyle will remain a minority shareholder in Ithaca and continue to support the combined company’s growth strategy with Jay Sammons, Head of Carlyle’s Global Consumer, Media and Retail team, remaining on Ithaca’s Board

The acquisition will build on Ithaca’s already dynamic position as a leader in the music, tech, film and media industries. Ithaca’s recent transactions include the launch of Mythos Studios in partnership with Marvel Founding Chairman David Maisel, the acquisition of Atlas Publishing and partnerships with Jason Owen’s Sandbox Entertainment as well as Morris Higham Management. Ithaca also has a long-standing investment in and partnership with Aubrey “Drake” Graham and Adel “Future” Nur.

[MORE:Taylor Swift Reacts To Big Machine Sale To Scooter Braun: 'This is my worst case scenario']