Broadcast radio is still one of the most used sources of media and a top vehicle for music discovery,  but it won't maintain this top spot for long if the current trend holds, according to two major listenership studies

It had to happen sooner or later. Despite the hopeful numbers thrown around by the radio industry, it appears that digital infotainment consumption is catching up with radio in the one place that it thought it was safe – the automobile. A new study by Strategy Analytics has found that usage is in “fast decline” across the U.S., Europe, and China. 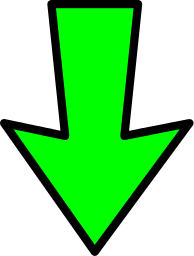 The study found that new car buyers are sending mixed signals regarding whether a radio is even necessary in a new vehicle. This comes on the back of streaming media showing “a remarkable surge in usage and interest,” in regards to media played on portable devices in the car.

That study dovetails with a one from New York University that provides a grim outlook for radio over the next 10 years. The report finds that traditional radio has failed to engage with Generation Z (people born after 1995) and its influence and relevance will continue to decline unless it reinvents itself.

The report found that Gen-Z is projected to account for 40% of the consumer market by 2020, and they have shown little interest in traditional media like radio, having grown up in a demand-consumption society. It also found that there’s been a massive drop-off in radio being used as a music discovery tool, with the most significant decline coming from teens aged 13 and up. Among 12-24 year olds who find music discovery important, AM/FM radio (50%) becomes even less influential, trailing YouTube (80%), Spotify (59%), and Pandora (53%).

The writing seems to be on the wall here. Young people are voting against radio with their non-consumption and the situation will only grow worse as they grow older. And who can blame them? Being used to an on-demand world makes linear entertainment feel old and frustrating. Having to wade through 6 and 7 minute commercial blocks is enough to have anyone, regardless of the age group, turn to something more user friendly.