In a recent move, Universal Music Group has thrown down the copyright tire spikes, attempting to block the MTV era group O-Town from applying for a trademark, alleging the band's name is too similar to UMG's Motown.

It will surprise nobody to hear that music mega-business Universal Music Group has graced our pages acting aggressive and, at times, downright face-palm-inducing on matters of intellectual property. The whole UMG mantra from the top down appears to be something like: major label music is insanely awesome and the things that make the internet so great are generally terrible. And so, as you might expect, UMG finds itself on Techdirt quite often. 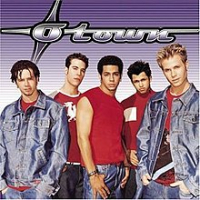 Conversely, O-Town, the boy-band that was popular for a minute thanks to the 2000s era MTV show "Making The Band", has apparently never graced our pages. Again, this is as one would expect. But now these two sides find themselves in the same post, all because the latter is attempting a comeback and UMG is being, well, UMG.

It all started when, as part of the comeback, O-Town's remaining members applied for a trademark on their own band's name. UMG opposed the application. Why? Well, because UMG owns Motown Records… and just frankly can't help itself, that's why.

The label’s parent company, Universal Music Group, is trying to block the band from registering “O-Town” as a trademark, arguing it is too similar to the name “Motown.”

According to documents obtained by Variety, O-Town members Jacob Underwood, Erik-Michael Estrada, Trevor Penick and Dan Miller applied for ownership of the O-Town trademark in 2017. However, Universal Music Group, which owns Motown, filed a notice of opposition in April, stating that the similarity between Motown and O-Town could “create confusion, mistake, or deception.”

This is nonsense on many levels. O-Town is famous enough that trademarking their own band's name is only going to associate the term with the band itself. They're not wildly famous, of course, but they're famous enough to not be confused with the entire record label putting out Erykah Badu records. On top of that, there already was a trademark held for the band long ago; it just wasn't held by the band members themselves.

O-Town was formed by late music mogul, Lou Pearlman, as part of MTV’s “Making the Band” reality series in 2000, and he acknowledged in interviews over the years that Motown was an inspiration for the name, and the complaint notes the similarities between the group’s and the label’s logos. According to Underwood, who also manages the band, Pearlman trademarked O-Town before the series launched, then once the group members were chosen, he suggested it as a band name.

“We were like, ‘Yeah, that feels closer to our hearts than anything. That makes sense,’ not realizing that he owned the name already,” Underwood tells Variety. “It wasn’t a big deal until we started touring and then it was like, ‘By owning the name, he owns all the rights to what you guys do. You’re in handcuffs.”

Despite the nod towards Motown, no trademark dispute nor C&Ds were sent all those years ago. Motown Records has been around since the 1950s. Why is it the band's name being trademarked was no big deal in in 2000, but now it's suddenly a problem?

Between the lack of enforcement over the original trademark held for the band's name and the simple fact that concern over public confusion is fairly specious at best, I would hope the USPTO sees fit to deny the opposition and grant O-Town its trademark.