Despite streaming's popularity, piracy is once again on the rise at an alarming pace, leading the United Nations' World Intellectual Property Organization to unveil a new global anti-piracy database, aimed at curbing this alarming spike in intellectual property theft.

Piracy is growing at an alarming rate, but a new database from the United Nations’ World Intellectual Property Organization (WIPO) hopes to change the trend through a global anti-piracy effort.

Streaming was supposed to be the solution to piracy. Services like Spotify, we were told, would provide consumers with affordable means of accessing music online, thus eradicating the need for people to steal music. The notion made sense, which lead the industry to adopt streaming service as the new normal, but piracy persists. In fact, music piracy in the United States rose a startling 13% in the last year alone.

People don’t pirate music the way they did a decade ago, and anti-piracy have struggled to keep up with changing trends. Torrents gave way to an age of third-party download services such as MegaUpload and Mediafire, but even that approach to stealing music feels old fashioned in 2019. Today’s pirates are largely accessing music through stream-ripping services that steal audio from videos available on YouTube, Vimeo, and other streaming platforms. 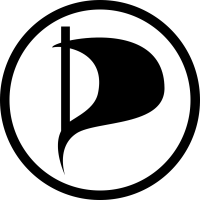 The industry has been fighting stream-ripping for years, but progress has been slow. For every site that shuts down, another two or three sites appear, and the fact there is no cost rip music from videos only makes matters worse.

“The BRIP Database is now open for the acceptance of Authorized Contributors from WIPO Member States and Authorized Users from the advertising sector.

“It comprises a secure, access-controlled online platform, to which authorized agencies in WIPO Member States may upload lists of websites which deliberately facilitate the infringement of copyright.”

WIPO believes that the presence of ads from legitimate brands may be creating confusion among consumers. For example, why would Amazon ads appear on a site that is promoting illegal activity? By creating a database of sites engaging in illegal behavior, WIPO hopes, brands will work to ensure their names and images do not appear on URLs that may be problematic.

The idea of the database is great, but WIPO admits success is far from guaranteed.

“Its success will, however, depend on the extent to which it is adopted by Member State agencies and the advertising sector.”

Eradicating piracy requires a level of teamwork and cross-country collaboration that would be unlike anything the industry has witnessed. Stamping out those who wish to profit off the illegal sharing of pirated materials is something every continent, industry group, and professional will need to work toward together for success to even be a realistic possibility. Whether or not that can happen remains to be seen, but many are hopeful (including us).