Unified And Together: How Diverse, Inclusive Is The Music Industry?

In part one of this two-part analysis, Ben Gilbert speaks with a variety of people working within the music business, in an effort to assess the state of diversity and inclusivity within the industry right now, and whether or not it's representative of society as a whole.

In the first of Synchtank’s two-part analysis, Ben Gilbert canvasses the views of figures across the business to find out how representative of society the music industry is in 2019. Stay tuned for part two, where we consider how these important issues can be more effectively tackled in the future.

It is, approximately, 30 years since Madonna released “Like A Prayer”, upending religious narratives and reaffirming her position as pop music’s most potent provocateur. It’s 20 years since Destiny’s Child’s “Independent Women” made them diva’s du jour, forces of liberation and further advertising the emergence of a singer who would, in time, run the world. It’s 10 years since Beyoncé and Lady Gaga starred in the gargantuan “Telephone” video, gleefully driving Tarantino’s Pussy Wagon through stereotypes, prejudices and every other neurosis infecting the music business and broader society.

But despite such era-defining commercial and critical successes, how much has actually changed for women operating across the industry during the same time period? Inclusive, irrepressible and loaded with attitude and empathy for outsider culture, these landmark releases seemed designed to torch predetermined notions and yet recent headlines about the influence of women make for one-sided, depressing reading. In March, PRS For Music revealed that of the top 20 highest earning songwriters and composers in the UK last year, only one was female. Elsewhere, BBC research found that three times as many male as female pop stars appeared on 2018’s biggest singles.

“The voices of women are missing from popular music”

“The voices of women are missing from popular music,” states Professor Stacy L. Smith, author of Inclusion In The Recording Studio. The USC Annenberg Inclusion Initiative report studied 700 songs on Billboard’s annual Hot 100 charts between 2012 and 2018 and discovered that female representation as artists was 22%, with 12% as songwriters and 2% as producers. In 2019, diversity and inclusion are themes hardwired into the public and media psyche but there is a broader issue here than the one impacting 50% of the population. How can we also seek to redress this balance in BAME and LGBT communities, from entry-level jobs to the board rooms of major labels and the headliners on the global festival circuit? 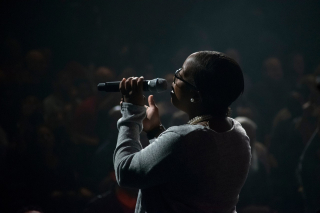 Recent figures released by UK Music’s Music Industry Workforce in their annual Diversity Survey, which questioned approximately 3,000 employees, clarify where progress is being made and, conversely, where more is required. It found that the proportion of women working in the UK music business went up from 45% to 49% between 2016 and 2018. But, as previously reported by Synchtank, this should be balanced against the “embarrassing and uncomfortable” disparity in earnings between men and women, as exposed by new rules governing the gender pay gap in firms with over 250 employees. Meanwhile, the report revealed that BAME representation across the industry rose from 16% in 2016 to 18% in 2018. Clearly, this remains a live and evolving issue and one requiring further reflection and greater insight.

How can the music industry support underrepresented groups?

John Shortell, Equality, Diversity and Inclusion Official at the Musicians’ Union (MU), has a macrocosmic view on the industry in 2019. Discussing their ongoing approach to these themes, he said: “We’ve recently started collecting the diversity data of members, when we have enough to map out gaps in representation and see where we can start strategic, targeted recruitment of the groups that are underrepresented. Opening up conversations with those groups about the services we offer and the issues we campaign on will really focus the MU’s work and make it more relevant. We’ve also started to build networks of underrepresented musicians regionally so we’re plugged into the issues affecting those musicians and can work on them more effectively.”

Meanwhile, Dawn James, who leads/co-runs D&I at Kobalt Music, drew comparisons between the music business and the equally powerful and, ideally, representative, technology sphere. She told Synchtank: “These industries are increasingly overlapping, especially as streaming becomes the dominant channel for consumers, so it’s difficult to separate the two, particularly at my company where the technology we build is fundamental to the success of our business model.”

James continued: “The music industry, like so many other sectors, has historically been dominated by a small number of white, straight, cis men. The tech sector is not that different. Even if these men are wonderful human beings, they cannot speak authentically for underrepresented groups and ensure true inclusivity within their organisations.” While admitting that the management team at Kobalt “does lean towards that demographic”, James also reflects proudly on the number of women and range of ethnicities in senior leadership positions.

“The music industry, like so many other sectors, has historically been dominated by a small number of white, straight, cis men. The tech sector is not that different. Even if these men are wonderful human beings, they cannot speak authentically for underrepresented groups and ensure true inclusivity within their organisations.”
– Dawn James, Kobalt Music

With personal experiences to support her authority on the topic, James is able to illustrate just what a challenging landscape the music industry presents. She explained: “Diversity doesn’t stop at ethnicity and gender, though. There aren’t enough role models on stage or behind the scenes from other underrepresented and traditionally oppressed groups, including, for example, LGBTQIA+ people and people with disabilities. As a transgender woman I am proud (and relieved) to say that my company and colleagues handled my transition admirably but I’m not sure how representative my experience is of the rest of the industry.”

“Diversity doesn’t stop at ethnicity and gender, though. There aren’t enough role models on stage or behind the scenes from other underrepresented and traditionally oppressed groups, including, for example, LGBTQIA+ people and people with disabilities.”
– Dawn James, Kobalt Music

The MU appear to be on the front foot here. Shortell champions their annual Women in Music Conference and a female mentoring scheme, launched with shesaid.so. Elsewhere, they have partnered with Attitude Is Everything to collect data looking at the experiences of disabled musicians and are about to launch a project focussing on the representation of South Asian female and LGBTQ+ musicians. James, who helped found Kobalt’s first diversity and inclusion employee action group, says the company is working on a range of new measures, including women’s development programmes, recruiting initiatives and projects to attract and develop women in STEM careers.

“I want to encourage others to stand up and ask your boss why you’re the only woman working at that company, ask A&R why there are only straight male producers at that songwriting camp, ask why there are only two LGBTQ+ acts on your festival line up…be bold, be brazen, back yourself and stand up”
– Steph Perrin, Head of Sync at Downtown Music Publishing Benelux and Cloud 9

Meanwhile, Steph Perrin, Head of Sync at Downtown Music Publishing Benelux and Cloud 9, celebrated the “positive trend” being felt across the British music industry but called for renewed focus on gender bias. “Too many people are afraid to cause a commotion and stand up for what is right. I want to encourage others to stand up and ask your boss why you’re the only woman working at that company, ask A&R why there are only straight male producers at that songwriting camp, ask why there are only two LGBTQ+ acts on your festival line up…be bold, be brazen, back yourself and stand up,” she commented.

This is the first of Synchtank’s two-part analysis exploring diversity and inclusion within the music industry. Stay tuned for part two. In the meantime check out this fantastic list of Women/LGBTQ+/BAME in Music Initiatives created by Karma Bertelsen.