Although Apple Music has consistently taken home the gold for paying artists the most per stream, but was coming up short in other artist services. In an effort to close that gap, the platform is now launching its 'Apple Music for Artists' feature, giving bands valuable insights into their audience.

Even though Apple Music has always paid a lot more in per stream royalties than Spotify, artists and managers still felt something was missing. Spotify provides some deep insights into the listening audience thanks to its Spotify For Artists program, but now Apple has launched its own version of the program.

The Apple Music For Artists program emerged from beta last week and is now available as both a desktop interface and a standalone mobile app (although only on iOS).

The new feature allows artists to monitor the number of streams their music is getting on Apple Music as well as album/song sales on iTunes, and it updates daily. 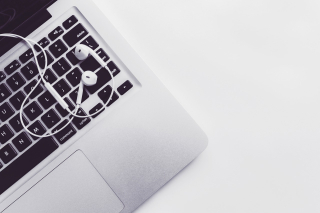 Artists can even discover how specific releases are performing in markets around the world right down to a city-level in over 100 countries. They can also monitor how many plays have been generated either by playlists or organically, and what position their track was placed on the lists. And they can also see how many of their streams are the result of suggestions by the algorithm versus active on-demand plays.

Probably the biggest differentiator between what Apple and Spotify offers is that Apple features Shazam data (it acquired the company last year), so you’ll even see how often your songs were Shazamed.

The one thing you won’t see though, is how all this translates into royalties. This means you can see the numbers, but not necessarily how much each one is worth. That’s because the royalty payout is based on a huge number of factors and Apple has never revealed its computational formula.

That said, this data can be gold when it comes to helping artists to plan tours and set lists, not to mention discover places where your music is popular that you probably never knew about.

You can find out more and sign up for Apple Music For Artists here.