Once you've honed your artistry as a musician and created the perfect product, be it an immaculate album or a killer live show, it's time to switch gears to the sometimes unpleasant business of sharing your work with the world. One often underutilized platform outside of sites like Twitter or Instagram is, unexpectedly, Reddit. Here we look at why the site is a valuable promotional resource, and how you can effectively harness its potential.

If you’re a musician trying to make a name for yourself, you know that hustle is just as big a part of the game as making good music in the first place. After years of honing your craft, writing, perfecting, and finally producing a body of work you are proud of and want to share with the world, you have to switch from artist mode to business mode and get down to the nitty-gritty of doing just that: sharing your work with the world.

That’s where promotion comes in. Sure, you can wait around for a manager or label to do all the hard work for you. Or you can take promotion into your own hands, taking any means you can think of to get the word out there and to get people to give your music a chance. Naturally, in our day and age, one of the best venues for grassroots music promotion is the internet. You know: Instagram, Facebook, Twitter. And one slightly less obvious option: Reddit.

For those who may not have gotten the memo about the third most popular website on the internet, Reddit is a collection of forums where users can submit content and vote content submitted by others up or down, affecting how prominently it’s displayed. There are a few things that make Reddit a good fit for internet music marketing.

First, it’s a highly democratic platform. On Reddit, nobody has more followers or popularity than any other user (for the most part), meaning that something you post has just as much a chance of being seen as any other user’s content. It’s mostly the quality of your contribution that decides how your content is received.

Further, as we alluded to earlier, Reddit is wildly popular, with over 300 million users, just as many as Twitter. Something going viral on Reddit has the potential to make – or break – a person’s career and, honestly, life in general. Viral Reddit posts have helped people find jobs, helped non-profits receive donations, helped get children’s medical treatment paid for, and have certainly brought massive attention to specific artists and media.

That means that if you can figure out how to play the Reddit game right, you might find yourself suddenly the owner of a brand new, huge audience.

If you follow these three golden rules of Reddit music promotion, you’ll have a much higher chance of success.

1. Become a Member of the Community

How would you feel if one day somebody showed up at your workplace or neighbourhood and started trying to tell everybody that they’re the hottest new thing in town? You don’t have to answer, we already know: you won’t like it. Nobody likes to be interrupted by a knock on the door from a salesman, and that’s exactly how it’ll feel if you just jump onto a brand-new subreddit and start trying to push your music.

Especially in smaller subreddits (which is where you should go; we’ll get to that later), the forum members truly begin to feel like a community. They start to remember each other’s usernames, tag each other with nicknames, and build a sense of team identity. If you want these people to seriously consider giving your music a shot, you have to first become one of them. So go on the subreddit. Participate. Upvote and downvote (following proper reddiquette, of course). Get to know the subreddit culture. And then you can start to think about self-promotion. 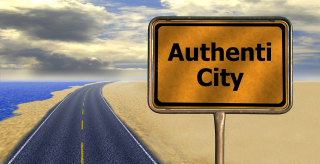 Redditors are a tough crowd. They can smell a phony from a mile away. And they have a really low tolerance for self-promotion. That doesn’t mean you won’t be able to do it successfully; just that you’ll need to be smart about it. The last thing a redditor will respond well to is a user whose post history is made up of nothing but self-promotion, so it’s best to actually participate on Reddit, leaving comments and posts about other things.

Redditors don’t want to see posts that sound corporate, too polished, or overly calculated. They want to connect with something honest and human. And they love a good story. So when you post, be real. Remember how in college your professors told you not to write papers in “internet speak”? Well, don’t write Reddit posts in “college speak.” You don’t want to sound out of place.

And don’t try to fool anybody. None of that, “Hey guys! I just came across this cool new band and I think you should check them out!” stuff is going to work. Redditors are too smart for it. They’re like a band of detectives. Approach with respect and just be authentic.

One of the most important parts of making a successful Reddit post is knowing which subreddits to post in. Going too big is not going to be a successful strategy in this situation. There’s just too many fish in those seas. For that reason, we recommend staying away from /r/funny, /r/pics, /r/videos, and even /r/music. Your content will just get lost there.

Instead, your best bet is approaching smaller or medium-sized subreddits. Don’t worry, posts in these subreddits can still go viral and make it to the front page of Reddit if they’re good enough.

Here are the best subreddits for music marketing:

/r/musicpromotion – This subreddit is specifically made for promoting music, so you won’t get any ire here for trying to market yourself.

/r/shareyourmusic – Same story. A place made for you to put your work out there.

/r/mymusic – A good, fairly small subreddit to start in

/r/promoteyourmusic – Just like the title says: a place to promote your music

/r/roastmytrack – Here, you’re more likely to get criticism than a large audience, but you might pick up some new fans

Bigger Subreddits to Give a Try

/r/newmusic – This is one that doesn’t explicitly encourage self-promotion, so tread lightly

/r/popheads – A pretty big pop music subreddit. They’re fairly open to hearing new music but you could get lost in the mix

You have the music. We’ve given you the knowledge of how to promote on Reddit. Now go forth and get famous. Just remember us little people when you get there. Good luck!