Influential and iconic California album and alt-rock station KFOG will be signing off the air for good in September. According to the San Francisco Chronicle, the radio station will transition to a simulcast of KNBR-AM sports radio on Sept. 6.

A statement released by Cumulus Media said that expanding KNBR would provide sports fans with another place to tune into KNBR’s sports personalities and “in-depth coverage of the Bay Area’s favorite teams,” while expanding the station’s broadcast range.

Employees of the station indicated that the end of the line for KFOG had been apparent to staff for some time. 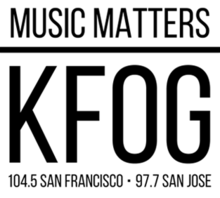 In a statement posted to social media, members of KFOG’s morning drive time “The Woody Show” said: “For Bay Area peeps. We knew this was gonna happen the minute the company who owns KFOG sold the 97.7 San Jose frequency. It’s an impossible task when nobody can hear the radio station. Without San Jose and east bay, you can’t compete. That said, we love ya! Listen to the podcast!”

KFOG, which started as the easy listening KBAY-FM in 1960, switched callsigns to KFOG in 1964 and began playing more free-form music, including local artists before transitioning to a rock format in 1982.

According to the Chronicle, KFOG also staged an annual outdoor concert and fireworks show for almost two decades, hosting performers such as Melissa Etheridge, Collective Soul, and Train.