Paying for plays and view counts has been a common practice since the dawn of on-demand, and although YouTube view counts don't mean as much as they used to, a high count can help pull in advertising dollars. Increasingly, some artists are purchasing Google ads to play their videos over other popular clips as a way to boost their count.

YouTube views are so high these days that they don’t mean anything anymore. If you’re a record label or artist, it’s more of an ego boost than anything else to hit a billion views. While it used to be that directly buying views from a broker was one way to go, today there’s a better way and that’s with advertising. The question is whether to classify these views as fake or not. 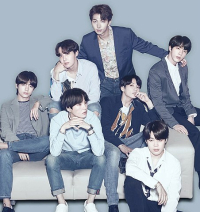 It seems that Taylor Swift, BTS, and more recently, Indian rapper Badshah (or their labels or representatives) have purchased Google ads that will show their videos on other popular videos. The problem is that if a viewer watches the video for more than a couple of seconds, it counts as a video view. That’s a way of upping the view count fast while gaining promotion for the video at the same time.

Of course there are other ways to up the view count. Purchasing a bot farm or telling your fans to use the auto-refresh on the video (like Avril Lavigne’s single “Girlfriend”) makes the video look a lot more popular than it really is.

And this can be used to make more money as well, since a video with a big view count can attract legitimate advertisers who want exposure to that audience.

YouTube doesn’t seem to be doing anything to counter these suspect views either, which just makes all the parties involved that much bolder about it.

The music business has always been about getting an edge and that goes back decades, so this is nothing new. There are hundreds of stories of gaming the system by false reporting and buying airplay that influenced the public to proclaim a song a hit. Even the illustrious Beatles had a ringer in their manager Brian Epstein who owned influential record retailers that over-reported sales, then packed the audience of the Ed Sullivan show with paid screaming fans.

If only fans could follow their instincts and tastes instead of whatever is trending, reliance on YouTube views would lose some of its current importance.