In light of news that Taylor Swift plans to re-record the majority of her previous catalog, we share an in-depth look at the restrictions and allowances in contracts between an artist, producer, and label that guide how any artist can remake their initial creative work.

If you’ve been following the Taylor Swift situation with her former label, you’ve probably seen the unsurprising news that Taylor plans to re-record some or all of her prior catalog.  This raises the issue of the customary “re-recording restriction” and “re-producing restriction” found in artist and producer agreements respectively.

Re-recording restrictions are designed to give the label that invested in the recordings a reasonable time period to exploit their exclusive rights.  (This may also give Label 1 a chance to benefit if an artist they dropped enjoys new success on Label 2 sparking commercial interest in that artist’s back catalog.)

Here’s what these look like.  First a more negotiated one:

After the Term, Artist shall not, prior to the later of the following dates, perform for any person, firm, or corporation other than us, for the purpose of making Phonograph Records or Master Recordings, any Song which was recorded hereunder or under any other agreement between you or your affiliates and us or our affiliates for which we or our affiliates paid an advance against royalties hereunder or under such other agreement (whether or not in respect to Recording Costs) or which is released by us for commercial sale to the general public no later than six (6) months after the expiration of the Term; provided that if any such Song was recorded in a Master hereunder and we are otherwise entitled to release such Master in Phonograph Record form, prior to performing such Song for any third party for the purpose of making Phonograph Records, you shall notify us of our failure to have so released such Master and we shall have six (6) months after the date of such notice to so release such Master, upon which release the Song embodied in that Master shall be subject to the provisions of this subparagraph, and; further provided that if we fail to so release such Master within that six (6) month period, you shall have the right to perform that Song for any such third party irrespective of the provisions of this subparagraph:  (i) the date five (5) years subsequent to the last date on which a Master Recording embodying that Song was delivered to ushereunder (but a Master or arrangement thereof included on a “Greatest Hits” or “Best of” LP shall be deemed to have been last recorded when such Master was originally recorded; or (ii) the date two (2) years subsequent to the date on which the Term hereof ended.

And then a more plain vanilla one that is not negotiated (“you” refers to the artist’s loan out personal services corporation):

You warrant and represent that you have the sole and exclusive right to the services of Artist as required herein. You warrant and represent that Artist will not perform for any Person other than Label (and neither you nor Artist will license or consent to or permit the use by any Person other than Label of Artist’s name or likeness) for or in connection with the recording or exploitation of any Record embodying a Composition recorded or delivered by Artist under this agreement prior to the later of (i) the date five (5) years after the date of Delivery hereunder to Label of the last Master embodying that Composition, or (ii) the date two (2) years after the expiration or termination of the term of this agreement or any subsequent agreement between Label and you or Artist or any other Person furnishing Artist’s recording services. Your agreement with the individual producer of each Master hereunder will restrict said producer from producing a Composition produced by such individual hereunder on another Master for any Person other than Label for at least two (2) years from the date of Delivery to Label of such Master.

Note that this language includes a flow down requirement for the producer agreement–one that is typically negotiated by the artist engaging the producer (not the label).  So if the artist plans to use their original producer, you want to be sure that the producer’s re-recording restriction is not more restrictive than the artist’s.

There is a long history (particularly in Nashville) of artists re-recording their hits and it is a standard–albeit not that common–practice that could easily be anticipated. 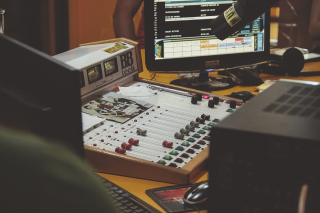 Sometimes this happens significantly after the artist is dropped.  Quick story–in one situation, we were releasing a “best of” compilation with the cooperation and participation of an artist who had been off the label for a good ten years.  It turned out that they had one track we didn’t own that was a big hit.  It would have been nice for the fans to include it on our record.  I asked the releasing label for a license and offered very reasonable terms, including a generous advance that was likely well more than the label would have earned in royalties even under the very fair royalty rate we offered.  The band was ready to go back into the studio and reunite for this recording.

I don’t think the other label believed this when I told them, but we had to impose a deadline on our offer as otherwise we weren’t going to be able to pull all of it off on schedule.  The deadline passed, our offer expired, so the band went in the studio and recorded a great version of the original track–and they did it for costs only because that’s what the artist wanted to do.

The punchline is that you need to listen to your artist, even if they are not on the label.  I always felt that if an artist was someone we thought highly enough of that we got into business with them in the first place, we would always treat them (and their heirs) with that same level of respect, on or off the label, recouped or unrecouped.  For example, I would almost always seek artist consent for either current roster or back catalog master licenses even if we were not contractually obligated to do so, a practice for which I caught hell from PolyGram.  Too bad.

Another answer to the re-recording restriction is that the artist values the label relationship enough that they prefer to come back to the home label and ask to have their back catalog released or licensed back.  It doesn’t always work out that way, but that’s better than having them re-record for someone else.