Senators Richard Blumenthal of New Jersey and Amy Klobuchar of Minnesota have asked the US Department of Justice’s antitrust division to investigate the ticketing industry, citing “serious concerns that online ticket markets are not working for American consumers.”

The letter specifically takes issue with Live Nation. The promoter, which merged with Ticketmaster in 2010, has been operating under a DOJ consent decree that bars it from withholding concerts and tours from buildings that don’t use Ticketmaster, or retaliating when venues go with a competitor, however, that decree is set to expire in July. 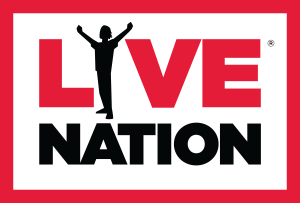 Live Nation’s compliance with the 2010 decree has been under investigation for several years, amid complaints from competitors about the company’s dominance in the live music market, according to Billboard. While DOJ officials have never charged Live Nation with violating the consent decree and aren’t expected to before it expires next year, critics of the decree have called it ineffective, accusing Live Nation of “flouting its conditions.” Competing promoters and ticketing companies have also raised concerns over the fact that under the terms of the decree, Live Nation is allowed to prioritize tours for venues that use Ticketmaster, making it exceedingly difficult for them to prove retaliation has even taken place.

Blumenthal and Klobuchar want the DOJ to “investigate the state of competition in the ticketing industry” and potentially extend the consent decree past July 2020. However, without any formal charges against Live Nation, it is unlikely DOJ officials will be able to convince a judge to find the promoter in contempt of the agreement or to extend the consent decree further, reports Billboard.