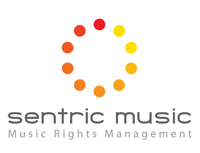 Sentric Music has launched the Songwriter Accelerator Programme. Sentric will facilitate writing opportunities for five selected artists, who will take part in hands-on masterclasses, and receive continued mentoring, with the chance to secure funding for recording, mastering and delivery of their final product.

A new program will run each quarter, benefiting 20 songwriters over the course of a year. Each will be genre-specific and tailored for the chosen group of artists.

“Today, Sentric is a publisher for artists at every level, but our new Songwriter Accelerator Programme is specifically designed as a platform for the emerging writers that our company was initially built for – and that we continue to serve alongside some of the world’s greatest music makers. It’s that coming together of new and established writers, as well as our own expertise, technology and infrastructure, that makes the potential of this idea so exciting. Sentric has always been about empowering songwriters. This is another way for us to do just that.”

The inaugural edition of Sentric’s Songwriter Accelerator Programme will kick off on August 28.