Tencent Would Be The Real Winner In Any Deal With UMG

Chinese media giant Tencent is in talks to buy a 10% chunk of Universal Music Group, with an option for an additional 10%. This acquisition by a massive tech company benefitsTencent more than UMG and implications for the music industry as a whole.

Vivendi announced today that discussions have begun with Tencent Holdings Limited for the Chinese media giant to buy 10% of its Universal Music Group. The price is pegged at $3.4 billion USD, which puts UMG’s valuation at $34 billion. Tencent will also have a one year call option to purchase an additional 10% of the company at the same price and terms.

Vivendi has made it clear for some time that up to 50% of Universal Music was up for sale, so the fact that a deal is in the works is no surprise. The real surprise is that the suitor is Tencent, but perhaps it shouldn’t be.

Tencent Music is already the Spotify of China, and in fact also owns 7.5% of that company too. In December, the company floated a $1.1 billion IPO that many thought was a preliminary round to making a play for the rest of Spotify. That hasn’t happened, but it’s obvious that Tencent has its eyes on the U.S. market, and UMG is probably the next best vehicle for its Western expansion.

But there are actually a couple of issues here that should not be overlooked.

Think about this for a second. Up until now it’s been the major labels that have owned a piece of Spotify, and it’s paid off handsomely when the stock was sold off. The companies received the stock as part of driving a hard bargain during early licensing negotiations. Sony and Warner Music both invested in Tencent Music before its IPO according the company’s F-1 filing statement, obviously hoping for a repeat windfall.

Now it’s the just the opposite. If the deal goes through, a streaming company will own a piece of a major U.S. record label. But not really, since it’s technically the parent of the streaming company (Tencent Holdings) that owns it. And with fingers also in the Spotify pie, there seems to be a conflict of interest here. That said, because of the corporate entanglements, it’s complicated. Remember that two major labels have an interest in Tencent Music. Oh, what a tangled web.

Until the recent trade war started it seemed that every Western company wanted a piece of China. The lure of a huge pool of potential new consumers was too much to resist. It hasn’t worked out as well as hoped for most companies and it’s been no different in music. 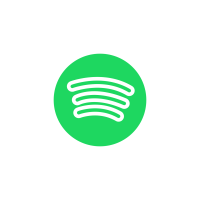 In December of 2017 Spotify and Tencent music did a 10% stock swap deal, which is how the Chinese company came to own a part of the streaming leader. While Spotify also received some much needed cash in the deal, there was also the hope that it would also provide some penetration into the Chinese market. Didn’t happen – Spotify is still not available in the country.

While the UMG deal probably has cash as the major incentive, there’s always the question of Chinese market penetration in the back of a Western company’s mind. That’s not going to happen, at least with music, in the near future.

The reason is that China, like the rest of the world, has caught up to the U.S. on a creative level, mostly thanks to hip-hop, but EDM and pop music as well. Every country has its own brand of hip-hop and pop that’s every bit as creative, and produced as well, as anything we can do here in the West, and China is no exception.

Where once upon a time you couldn’t walk down the street in any major city of the world without hearing a big hit off the U.S. charts, that’s much less likely to happen these days given the indigenous music creation. Even the largest record label in the world, Universal Music, has little control over that. However, we are seeing musical imports coming Asia that are tearing up the charts (anyone check out how huge BTS is in the U.S.?).

The point is that except for the money exchanged, this is a much better strategic deal for Tencent than for Vivendi/UMG.