What To Do With Morrissey, Ryan Adams, Michael Jackson

As the ugly truth about prominent musicians and their behaviors is revealed, Mike Henry here tackles the complex issue of radio's moral obligation to refrain from giving airtime to those who have assaulted the innocent, whether as a group or on an individual basis.

Op-ed by Mike Henry of Paragon

I’m rarely stumped when a radio station client asks me whether they should play an artist or song, or not.  That’s what I’m paid to do.  The answer is simple, a mix of art and science.  Does it sound great (art) and will listeners like it (science)?  Lately though, I’ve been baffled, and it has nothing with whether a song sounds great or listeners like it. A recent email from a music director read: “Where do we go from here? Clearly, this isn’t going to get easier.”  He was referring to Morrissey and whether his station should play his music anymore, and included a link to a recent interview where Morrissey only increased the specter of his racist views rather than thwarted them.  Among his quotes that disturbed me was, “Everyone ultimately prefers their own race … does this make everyone racist?”

All the stations I consult pulled Ryan Adams songs when it was reported that he allegedly has abused women.  I agreed and openly supported their decisions.  Now I ask myself, as with Morrissey, was that the right thing to do? 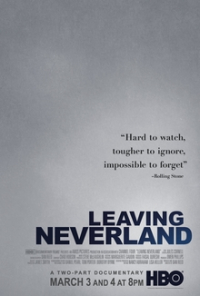 After the Leaving Neverland documentary aired earlier this year, Michael Jackson’s music was pulled from all my client stations, which are all locally-owned and operated, but is still massively played by commercial radio stations owned by publicly-owned radio groups. Which are right?

At a conference panel this year I learned that 19th century classical composer Richard Wagner (pronounce “Vog-ner”) wrote a pamphlet under a surreptitious name with anti-Semitic views, yet his music still airs on many Classical stations.  Why does he get a pass?

Today I read a blog from musician Nick Cave who answered this question from a reader:  “Generally, is it possible to separate the latter-day artist from his earlier art? More specifically, what are your views on Morrissey, both early days and his newer more ugly persona?”  Cave’s response was logical:  “Perhaps it is better to simply let Morrissey have his views, challenge them when and wherever possible, but allow his music to live on, bearing in mind we are all conflicted individuals – messy, flawed and prone to lunacies.”  He reached the conclusion by sharing the paradigm that only an artist can have:  “I think perhaps it would be helpful to you if you saw the proprietorship of a song in a different way. Personally, when I write a song and release it to the public, I feel it stops being my song. It has been offered up to my audience and they, if they care to, take possession of that song and become its custodian. The integrity of the song now rests not with the artist, but with the listener.”

Simple, right?  Unfortunately, no.  Not even the artist perspective solves the dilemma of a radio curator.

Personally, if my hands are on the controls of a radio station, I’m not playing Morrissey, Ryan Adams, Michael Jackson or Richard Wagner, or anyone else who assaults the innocent.

Personally, I’m never wearing the Morrissey t-shirt I was just given and can’t even bring myself to give it away.  It’s in the rag basket, never worn.  I’ve taken down the Ryan Adams album in my display collection. I’m never playing Michael Jackson again at our New Year’s house dance party that I deejay.

I didn’t have an answer for my client music director, and that bothers me.  I can tell you my personal reaction, which is to not support any artist with documented attacks on entire races or individuals.  But, is that the right answer for a radio station?  I truly don’t know.  I just know what I would do in their shoes.  What about you?