Americanafest 2019 is a wrap. Thousands of musicians, music industry professionals and fans descended on Nashville for a four-day conference, an awards show filled with great music and short speeches alongside more than 500 official and countless unofficial showcases.

The Americana Music Association (AMA) defines Americana music as "contemporary music that incorporates elements of various mostly acoustic American roots music styles, including country, roots rock, folk, gospel and bluegrass resulting in a distinctive roots-oriented sound that lives in a world apart from the pure forms of the genres upon which it may draw. While acoustic instruments are often present and vital, Americana also often uses a full electric band."

Confusing? Certainly not for the rapturous fans who simply want good music delivered honestly and without the distractive trappings of a big rock, pop or country show.

It was clear from spending most of the week Americanafest that Americana music has come into its own, not just as a genre but as as a distinct and growing segment of the music business.

At a time when country radio shuns female voices, formulas and algorithms dominate the charts, and the majority of music and media appeals to a safe and mushy middle, the best of Americana music – not unlike the best of hip hop – speaks straight from the heart, takes chances and adds to our understanding of the world around us. 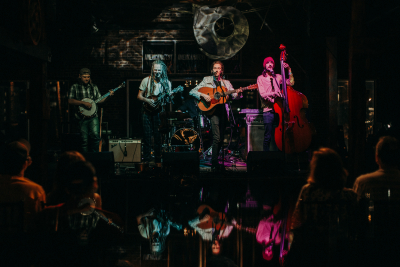 1) Americana is not just a genre, its a movement. Perhaps more accurately, Americana is a community that is building a movement. From messages delivered by artists like Rhiannon Giddens, Mark Eitzel and Brandi Carlisle to the musical bravery of Amanda Shires and the youthful exuberance of musicians like Roanoke and The Waydown Wanderers, Americana musicians have something to say about topics like equality, inclusiveness, gender rights, climate change and the power of love that this country needs to hear. 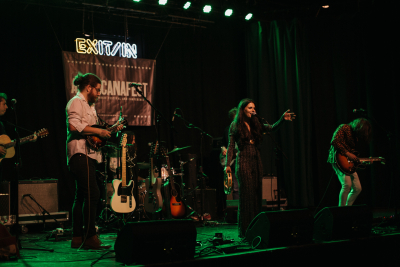 2) Members of the Americana community support each other. Musical collaboration is key and the public feuds and jealousy in display in popular music world are viewed by this community as counter-productive rather than great pr.

3) Americana is a real business. Americana powerhouse Brandi Carlisle left Nashville on Saturday to headline Madison Square Garden. But just as importantly, as the greater industry becomes more welcoming to indie labels, publishers and even artists without labels, companies like Thirty Tigers, Dualtone, Downtown and countless others are serving and respecting Americana artists in ways that remain unthinkable at the majors.

4) Americana music is best seen live. Without taking anything away from the many great Americana albums produced each year (and multiple hat tips to producer Dave Cobb), there's nothing like experiencing a heartfelt song delivered live by an honest artist and enjoyed while surrounded by your tribe. The overflowing room of artists at the Americana Touring Blueprint panel that I was a part of alongside Caitlin Canty, Mark Lourie, Craig Havighurst, Anna Lee Crenshaw and Jesse Lundy proved that Americana musicians know this too. 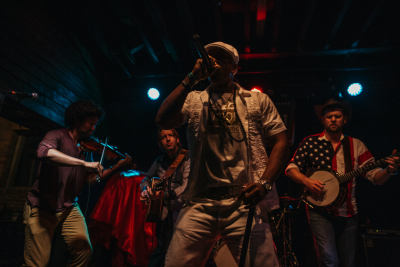 5) The future of Americana is bright. Taking nothing away from the musicians who helped create and serve as touchstones for the genre, the current crop of Americana musicians are building upon that legacy in ever- more exciting ways – mixing genres (Gangstagrass), breaking cultural boundaries (JS Ondara) and taking chances (Yola) with exciting results.

And a hat tip to: