All The World’s A Vertical Stage – Particularly On Instagram

In an exploration of how much the ubiquity of smartphones has impact our media consumption, Fred Jacobs looks at the recently constructed Samsung KX stage, a vertically stacked contraption taylored specifically for its view-ability via smartphone. 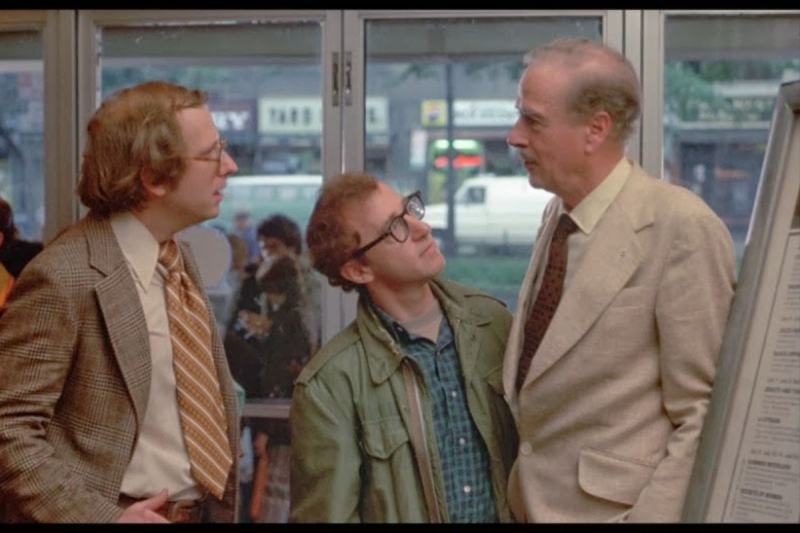 If you took Communications classes in college, chances are good you spent some time discussing Marshall McLuhan (pictured above right, next to Woody Allen).  His famous line – “The medium is the message” – became a catchphrase in the early 1960's as television ate all other mass media, becoming a major force in people's lives and in our culture.

McLuhan focused on how technology impacts pop culture – and how people were impacted as a result.  The high flying innovative times in which we've been living these past couple of decades might have made even McLuhan's head spin.

Another of his observations – “we become what we behold” – once again, was spot on.  Because we have in fact become what's right in front of us at all times:  our smartphones.

Interestingly, the youngest among us are most aware of the addictive power of these insidious handheld devices that have taken over our lives.  Our latest Techsurvey is a reminder of just how powerful a grip our iPhones and Samsung devices have on our lives: But what about the melding of our smartphones and our social media lives?  That's another area where technology allows us to become something we may not entirely be, but aspire to be.  We've also learned how we can be manipulated on social media, tricked to accepting alternative realities.  What we see on Facebook, Twitter, Instagram, and the like may not be exactly what is.

But in the newest reality warp, brands may begin to start shaping the medium in order to get a better view of the message.  What does that mean?

Last week, Samsung unveiled its KX venue in London (King's Cross) featuring a stage the likes of which you've never seen before.  While we have come to accept that most stages are horizontal in scope, Samsung's new space is comprised of a three-story, stacked stage that is over 30 feet high, allowing viewers to see the entire show in vertical form.

Apparently, the Samsung KX will go beyond concerts, featuring events that will range from yoga classes, cooking demonstrations, and other cultural gatherings that will now be displayed in this unique vertical format. Samsung calls musical events on this KX stage “vertical concerts,” and when you look at the photo above of a Mabel concert (that's her on the second floor), it's a whole new way of taking in a performance.   So much for theater in the round.

But there is more to Samsung's innovation than just simple stagecraft.  And this is where McLuhan would be knowingly nodding at us.

It turns out Samsung designed their KX vertical stage with both smartphones and social media in mind.  According to a story by Ashley King in Digital Music News, Samsung research says that more than 90% of smartphone users prefer to take photos vertically.   And then lends itself to better Instagram posts.

Tanya Weller heads up Samsung Showcase and says the logic behind this theater's design is the ease in which consumers can spread the message via this unique medium:

“The experience was designed to give fans the ultimate performance tailored specifically for instant sharing.”

Think about that.  This has to be the first time a concert venue has been built to accommodate seamless social media sharing via viral photos and posts.

While it's hard to imagine this staging would have worked for Mick Jagger and the Stones on their “No Filter” tour (Mick prefers to work horizontally), Samsung's press release for this debut concert claims this vertical venue is “perfect for that Instagram story shot.”  And isn't that what pop culture is now all about?

All the world may be a stage, but a 30 foot, three-story stack makes for a great Instagram post using your smartphone.

The video below is one of my favorite scenes from “Annie Hall” where Woody Allen brings out the real Marshall McLuhan to settle a dispute that breaks out in a movie line.