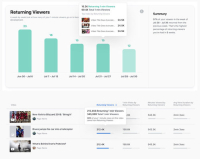 In a bit of good news for artists, Facebook recently announced at the Internatinoal Broadcasting Convention that will be unveiling a set of new video publishing features, including updates to Facebook Live, and Creator studio, as well an entirely new tool called Watch Party.

Facebook just announced a number of new video publishing tools at the International Broadcasting Convention (IBC) in Amsterdam this week that should make artists happy. These include updates to Facebook Live and Creator Studio, and a new tool called Watch Party.

There are 3 new features being added to Facebook Live – Live rehearsals, replay trimming and simulcast Live broadcasting. Creators have been asking for a rehearsal feature for some time to iron out any problems before going on air. Now they’ve got their wish. 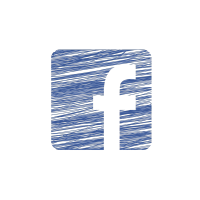 Publishers will now be able to broadcast their Live videos to Page admins and editors only, which will let them to test their ideas before sharing them to a larger audience.

Another feature that virtually everyone should love is a Trim feature that allows publishers to cut off the beginning and end parts of their Live broadcast replays to finally get rid of those unneeded bits that nobody needs to watch.

Facebook is also extending the maximum duration of Live videos to 8 hours when broadcasting via the API, up from the current 4-hour limit, although I’m not too sure who will find that useful.

Watch Party enables users to watch video content as a group, and comment on the same in real-time. This also comes with a scheduling option so that everyone can get on the same page time-wise.

Facebook has added a number of small features to Creator Studio to help lighten the load for creators. They include:

As stated above, none of these video publishing tools are particularly groundbreaking, but taken together they’re a nice usable update.