FCC Commissioner Mike O'Reilly has sent a letter to the RIAA asking it to investigate recent reports of payola – the practice of paying radio stations and other music services to play music. 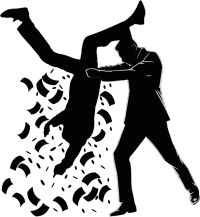 The request came on the heels of a Rolling Stone piece that suggested that payola, which some thought to be stamped out, was on the rise.

"Recent reports from the radio industry’ press raise concerns regarding possible violations of federal laws and regulations that expressly prohibit payola,"  writes Oreilly.  "To the extent that payola is currently occurring within the industry, I am writing to ask for your help in ensuring that the practice be discontinued. While some have asserted that current payola restrictions violate the First Amendment to the U.S. Constitution, the Commission is obligated to comply with the governing statute until instructed otherwise by the courts or by Congress."

O' Reilly's letter carries no real authority; and thus far, the RIAA which would in part be investigating the alleged misdeeds of the recording companies that fund it, has thus far not commented publically. Previous RIAA investigations have netted scant results.

Current FCC and other federal regulations barring payola are largely considered to be inadequate and regulations that would prohibit pay to play on streaming services are virtually non-existent.