Once Upon A Time… In Radio

In this piece, Fred Jacobs explores the role of radio in the recent Tarantino film "Once Upon A Time…In Hollywood" and how its use in the film highlights radio's iconic cultural relevance in the era depicted – a relevance radio could have again.

For some of you, this blog post is going to feel like it's coming a few weeks late.  But I'm also well aware that many of you have not seen the new Quentin Tarantino film, “Once Upon A Time….In Hollywood.”

It's the story of a handful of days in the life of a collection of Hollywood characters set back in the 1960s.  But the movie's soundtrack – in essence, another character – is RADIO.  Specifically, radio in the car.  And even more specifically, KHJ.

If you grew up with radio in the 60s and 70s – pre-MTV, pre-Internet – the car, the radio, and you – were co-stars in the movie of your life. It might have been WLS or WCFL if you lived in Chicago.  CKLW or Keener 13 here in Detroit, WABC, WINS, or WMCA in New York, and other flagship AM Top 40 stations that ruled the airwaves – and your hometown. 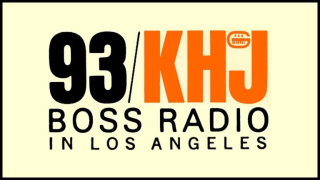 My son – who works in the TV/movie industry – is 28 and a big fan of Tarantino's.  He saw the movie the night it opened.  I started reading reviews, and became aware of KHJ's omnipresence in the film – along with the music of course.  For a radio guy, it was hard to miss the presence of those classic commercials, the great 60s music, and “Boss Jocks” like the Real Don Steele.  It turns out the producers happened across hours of KHJ airchecks from the era, and they became the musical and cultural glue that helped stitch the film together.

I spoke with Mickey after he saw the film, and asked him about KHJ and the radio's co-starring role in “Once Upon A Time…” and he really didn't pay much attention to it.  And it occurred to me that a child of the 2000s, why would he?  Yes, there's always been a car radio in his life, but there's also been Napster, iPods, ripped albums, Pandora, YouTube, Spotify.

In L.A., he listens to radio in his 10 year-old Ford Fiesta, but not as a primary choice.  It's more of a last resort.  And that's a far cry from how many of us grew up – as depicted so well in Tarantino's ode to Hollywood, the 60s, and the cross-cultural stress that was happening in America during that tumultuous era.

For Tarantino, radio – and very likely KHJ – was a big player in that drama.  As he told “Today's” Harry Smith, “I remember those radio stations, those radio commercials, those radio DJs – they're almost like a period narrator.”

Tarantino uses radio as a transitional device that takes us from scene to scene, from location to location, from character to character – just as it did if you grew up in L.A., Detroit, or Chicago during those days of cruising Hollywood Boulevard, Woodward Avenue, or Lake Shore Drive.

While “Once Upon A Time….”  is Tarantino's ode to the TV and movie industry of that era, it is also his love letter to radio – and the role it played in our lives.  I was reminded of that when Scott Westerman sent me this Chicago Tribune essay by Rick Kogan (another child of this era), “Why remember radio's age?  Why indeed?

And Kogan summed up radio's starring role in the lives of those of who are now aging Baby Boomers, headed over the “demographic cliff,” but still hanging on to the medium we grew up with:

“It is hard for most to imagine what an important part radio played in people’s lives. Everybody listened. In 1930, some 12 million U.S. households owned a radio. By 1939 this total had exploded to almost 30 million. It was a cheap form of entertainment, providing the public with far better entertainment than most people were accustomed to or could afford.”

And as ironic as it may seen, a few contrarians are predicting that if the dreaded Recession we're all bracing for comes anytime soon, it might actually be good for broadcast radio. We know from our Techsurveys that one of radio's prime benefits – even in 2019 – is that it's free.  But in a world where we think nothing about shelling out $5 each morning for a caramel macchiato, an economic downturn might cause a lot of people to reassess their daily expenses.

In a recent think piece in Hypebot, MIDiA's Mark Mulligan suggests that Spotify and Netflix could be profoundly challenged when the global markets take their inevitable turn to the south.  He contends the subscription services that don't force consumers to sign contracts are especially vulnerable to personal budget cutbacks.

As he see it, “No contract, no commitment.”  And that means that consumers may find themselves entertaining and informing themselves via free channels:

“If we do enter a global recession and it is strong enough to dent entertainment spend, then a probable scenario is that traditional distribution companies will be the key beneficiaries…This could even give these incumbents breathing space to prepare for a second attempt at combating the threat posed by streaming insurgents.  It would almost be like winding back the clock.”

“Streaming services have been the disruptors for the last decade.  A recession may well role-switch them into the disrupted.”

In many ways, “Once Upon A Time….” depicts the struggle TV actors from the 1950s had jumping into feature films during the next decade.  For every Steve McQueen and Clint Eastwood who made the leap, there were many more actors like Leonardo DeCaprio's Rick Dalton character who had trouble adapting.  That couldn't help but remind me of radio's transitional pain in the Internet Era.

That trip back in time was the unique glimpse that Quentin Tarantino gave us in “Once Upon A Time…In Hollywood.”  And as radio companies struggle to figure out their place in America's lives – and hearts – in the 21st century, this film provides some hope that old favorites might still win out in the end.

The story of radio may not be over yet.  It may just be the beginning.

P.S. During the credits at the end of the film, Tarantino leaves us with a KHJ promo for “The Batphone Secret Number Contest.”  It's exciting, colorful, local, and very L.A. – even though cynics among you will remember it's longer than the acceptable promo boundaries of PPM.  But it's not a national contest, it's bigger than life, it's dialed into the pop culture of the day, and you have to believe a whole lot of people were trying mightily to listen and win.