Singer and songwriter Sam Smith, who came out as nonbinary earlier this year, announced that they are officially changing their preferred gender pronouns to they/them. "Today is a good day so here goes. I’ve decided I am changing my pronouns to THEY/THEM,” Smith said in a post on social media.

“After a lifetime of being at war with my gender I’ve decided to embrace myself for who I am, inside and out,” Smith added.

In a post further down in the thread, Smith continued: 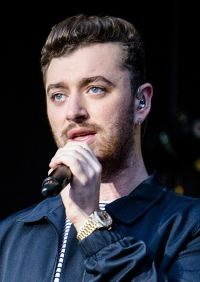 “I’m so excited and privileged to be surrounded by people that support me in this decision but I’ve been very nervous about announcing this because I care too much about what people think but fuck it!

“I understand there will be many mistakes and misgendering but all I ask is you please please try. I hope you can see me like I see myself now. Thank you,”

The British singer-songwriter first rose to fame in 2012 when they were featured on Disclosure’s hit “Latch.” Their 2014 debut LP In the Lonely Hour, topped charts in the UK and peaked at #2 on the Billboard 200 in the U.S.

Smith revealed in 2014 that they were gay and in March of this year, confirmed that they were nonbinary, though they have dropped some pretty clear hints in the past, such as in 2017 when Smith told the gay lifestyle mag Attitude, “I feel just as much a woman as I am a man.”