What Exactly Is An EP?

The awkward middle child between the reliable LP and the flashy single, the EP is often overlooked and misunderstood, particularly as the digital age reshapes our music consumption habits. Here we give the EP some much deserved attention, looking at the format's history and how EPs are used by artists in the present day.

Guest post by Greg Majewski of the Symphonic Blog

Heck, even its name is misleading. EP stands for “extended play,” but the format is actually shorter than long playing — or “full length” — albums.

Despite its confusing name though, this humble format possesses a flexibility any artist can employ to their advantage. We’re here to show you how you can use an EP to build momentum for your music; we’ll also shed light on how Spotify and Apple music define an EP.

But first, what even is an EP?

A brief history of the EP

In the early days of the music industry when vinyl reigned supreme, the single was the only format by necessity. Technology had not evolved enough to fit more than one song on the wax cylinders and brittle shellac discs early sound recordings were cut on. So, from the day Thomas Edison sang “Mary Had a Little Lamb” into his phonograph in 1877 to the 1920s, recorded sound was sold by the song.

Finally, labels began pressing 78 rpm (revolutions per minute) records, which were able to fit two songs instead of one on the record due to the thinner grooves. In 1948 Columbia Records introduced the 33 1/3 rpm 12-inch long playing (LP) record and a year later RCA Victor released its 45 rpm seven-inch single, gambling that consumers would disregard the 45’s limited four minute cap on each side in favor of its higher fidelity.

The ensuing “battle of the speeds” between Columbia and RCA Victor in the late ‘40s resulted in a decisive victory for Columbia, and the industry standardized the 12-inch, 33 1/3 LP as the receptacle of choice for its newest format: the long playing album (LP).

But that didn’t stop RCA from one last attempt at besting their rival. In 1952 they released the seven-inch Extended Play 45. RCA compromised sound quality by narrowing the grooves to fit nearly twice as much music on each side as their original 45, but it wasn’t enough to topple the LP juggernaut.

By the mid-’60s, most artists were not content to release one to four songs on an EP when the LP allowed five or six songs on each side. The Beatles released Sgt. Pepper, the concept album was born, and the ‘70s ushered in the era of Album Oriented Rock (AOR). Singles were released to radio stations and albums were distributed to record stores. A few major RCA artists like Elvis Presley had used the EP to significant success throughout the late ’50s and into the ’60s, but by the ’70s its limited space relegated the format to niche status.

In the ‘80s, the short song lengths of the emerging punk rock scene combined with the musicians’ inability to pay for LP-length recording sessions brought on a resurgence of the EP. Bands like Black Flag took full advantage of the format; Dukowski and Co. cut three legendary EPs– each under seven minutes – before their ’81 debut Damaged. Thus, the EP had a newfound and noble purpose in independent music: to introduce hungry young bands to the world.

As the ‘90s dawned and CDs fully supplanted vinyl and cassettes as the dominant physical format, the EP kept its job and helped numerous artists sign record deals. Eminem signed with Aftermath after label owner Dr. Dre heard the Slim Shady EP through Interscope CEO Jimmy Iovine. (Coincidentally, the cover of Slim’s EP bears a striking resemblance to Black Flag’s Damaged.) This continued into the New Millennium. In 2001, the Strokes’ EP The Modern Age attracted the attention of enough labels that the band essentially had their pick among potential suitors.

Three ways artists use EPs in the modern era

In the wake of the streaming revolution where cherry-picking and playlists have mostly replaced full album downloads, artists have created a few uses for the EP:

As a multi-track debut after your single

The EP is still a great option for a first release, especially once you have more than one song recorded. It’s not as long as an album, so there’s no pressure to write more songs if you only have five instead of 10. It’s also cheaper to record since you spend less time in the studio. The debut EP is a fantastic way to get what you have out to potential fans while you’re writing more material. A common practice for artists is to re-record a song or two from their EP for their full-length debut. So pick a few favorites and make them even better when you get the cash for more studio time.

As a stopgap between albums

Established artists use the EP to sate their fans’ appetites between albums. Normally this consists of already recorded B-sides that didn’t make it on the previous album; a nice snack for their following while the artist works on new music, tours, or even takes a much-needed break. Carly Rae Jepsen released Emotion: Side B a year after her 2015 album Emotion. It was a quick 27 minutes of tunes fans hadn’t heard before but were already in the hopper after her album.

The great thing about the EP is that it’s flexible and freeform. Think of it as a little room to stretch and experiment. Got a few live recordings you’re particularly fond of? Maybe a remix another artist did of one of your songs that you enjoyed? A song or two that didn’t make the cut on your album? Toss ‘em all onto a release and that’s five tracks your fans haven’t heard yet! A popular use of EPs in electronic music is to lead off the release with a single, then follow with a few remixes or reinterpretations. The EP is the gumbo of recorded music. Whatever you’ve got that sounds good, add it to the pot.

What qualifies as an EP with the digital platforms? 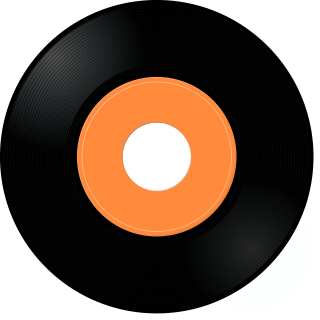 Now that you have some ideas about why and how to make your EP, you might be asking just what qualifies as an EP with digital services like Apple Music and Spotify. Luckily, there are some pretty exact guidelines for those two major services, as they are the only two who list the EP as its own category.

An EP on Apple Music

EPs must meet one of the following two requirements on Apple Music:

If your submission meets these criteria, iTunes will automatically add “-EP” to the end of your title. So whether or not you meant to release an EP, they’ll qualify it as such if it falls under their qualifications.

An EP on Spotify

Anything that meets the below requirements will show up under “EP’s & Singles” rather than your “Albums” section:

Note: Spotify will NOT change the title of your release to reflect the format.

What qualifies as a single with the digital platforms?

If you only have one song, a single is still the best way to get your first song out there. As with EPs, Apple Music and Spotify have requirements for submissions to be listed under the Single category.

A single on Apple Music

Apple Music will classify your release as a single if:

Like EPs, if you submission meets the requirements of a Single with Apple Music, they will add “-Single” at the end of the submission.

A single on Spotify

Your music will be classified under the single category if:

Here are 10 strategies for releasing singles in 2019.

Greg Majewski has written about heavy tunes for Invisible Oranges, Metal Bandcamp and his own blog, Luminous Deluge. When not writing he can be found at the gym or scouring forums and blogs for obscure ‘90s death metal. He lives in Portland, Oregon with his fiancée and hundreds of plants.